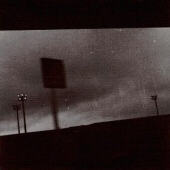 For a handful of music fans, Godspeed You! Black Emperor, the instrumental collective from Canada, has become synonymous with quality, beauty, avant-garde, and other likeminded, positive terms. Sure, Godspeed has its fair share of naysayers, but my experience has been that people either love Godspeed or loathe them. For those of us that do love them, we'll just move on and appreciate each album for what it is. "F# A# Infinity" is Godspeed's debut album, and while not the most amazing album by Godspeed, it was an important album, seeing as it laid out the groundwork for what Godspeed would become, and it has some excellent traits.

The best thing that Godspeed had to offer on "F# A# Infinity" was a bunch of good ideas. Most of those ideas were absolutely beautiful, and that's what makes "F# A# Infinity" enjoyable. That includes all the instruments – violin, guitar, drums, effects, and a handful of other band instruments. Such a wide array of instruments gives Godspeed the upper hand when it comes to creating their atmosphere or mood, or how they go about it.

What Godspeed is all about is creating this musical landscape of emotion and atmosphere, and they go about it by creating these lengthy instrumental pieces that start with little or next to nothing and begin to blossom, until they reach their full potential. The first song, 'Dead Flag Blues,' has many beautiful moments (and it also introduces Godspeed's use of samples to set a tone for their pieces) and for that, it's a good piece, but it really fails to do that essential blossoming. The following song, 'East Hastings,' does a much better job of this. The mid section of this song can be quite staggering if you're in the right mood, but it's always a good (if not great) listen. The closing song, 'Providence,' and particularly it's excellent second movement 'Dead Metheny...,' is fantastic as well with it's excellent use of multiple instruments, including horns, xylophones, cellos, and others.

The biggest problem with "F# A# Infinity" is that Godspeed isn't always effective in their build-ups, and that in each of the individual songs, many of the movements don't flow into each other. Many of them could easily be split up into separate tracks. This is a small quibble, however. A bigger one is that "F# A# Infinity" can be a little bit rocky in transitions sometimes.

Bottom Line: This was just the beginning for Godspeed, and yet even with its minor flaws, it's still an awesome album. For anybody interested in instrumental post-rock on avant-garde side, starting here would be a good choice if getting acquainted with Godspeed.