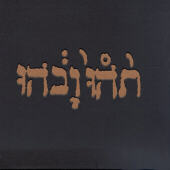 It has two songs, it's a little over twenty-eight minutes, and it's an EP. Still, it's one of the best albums in its niche. Don't dismiss the "Slow Riot For New Zero Kanada!" EP, by Canada's instrumental music architects Godspeed You! Black Emperor, for the aforementioned reasons. If you do, you could be missing out on one of music's finer half hours, and one of Godspeed You! Black Emperor's best releases.

After the mildly lacking "F# A# Infinity," "Slow Riot" comes as somewhat of a surprise. Godspeed has improved their finely tuned orchestral music in nearly every aspect.

"Slow Riot" is the most straightforward of all the releases Godspeed has released, thus far. It just keeps on moving, and it doesn't have too many sections that repeat on (respectively). It's almost as if Godspeed wrote a sixty minute album and decided to cut it down to thirty.

"Slow Riot" is epic; simple as that. It opens with beautiful violin, leaving you dazed and confused but carrying you along with it until it explodes into this emotionally gut wrenching climax. It continues on into 'BBF3,' encapsulating you with its amazing orchestration of instruments, as well as with the perfection it was composed with. The monologue used in this song, taken from an interview with Blaise Bailey Finnegan the 3rd, is absolutely mesmerizing with the piano and violin over it. It has its slight climaxes and swells of sound throughout, until it reaches the twelve-minute mark, where it completely and utterly soars. The layering is amazing, as is the detail that goes into each and every section of this album.

Bottom Line: "Slow Riot" is thirty minutes of amazing material that has that special power to move and inspire the listener. Absolutely recommended.