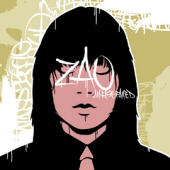 Zao are back for one last time. If you thought that their swan song "Parade of Chaos" was going to be the last output from these three remaining metalcore maestros, you were wrong. This time it's not a new album, but a reissue of Zao's debut album, "All Else Failed." Not only that, but it has been re-recorded with the most recent line-up of which only one original member remains, drummer Jesse Smith. So, we can all weep about the passing of Zao, but it's not a bad idea to be thankful for the fact that the new "All Else Failed" is an awesome piece of work.

"All Else Failed" sounds as cutting edge as it did back in 1996 when it was originally released. It might not be as inventive as their last few albums as a band, but there's no question as to whether Zao possess the ferociousness that it takes to hopefully pass as a good metalcore band. "All Else Failed" does exactly that. It releases that energy and the outcome is powerful. Dan Weyandt is surely anything but close to original vocalist Eric Reeder's traditional hardcore yells, but unless you have something against his hellish screams Weyandt is the obvious pick over Reeder. More emotion, conviction, and creativity. Guitarist Scott Melinger was kind enough to stray a bit from his usually thundering distorted guitar for a less warm and more raw sound, although I wish he hadn't. Still, it sounds good, especially for material such as this. The only remaining member, Jesse Smith, surprisingly plays this old material with a lot more passion than that of which he played on Zao's last output, "Parade of Chaos" where something just seemed to be lacking. Maybe it's the actual drum lines, but they sound pretty good here.

It comes down to whether or not the new “All Else Failed” is worth it or not. Absolutely. Not only is it great to hear something else from Zao, but also the band sounds like they’re glad they’re still able to play together. That energy is present. Besides, unless we’re talking about black metal, it’s usually not too bad to have some old material polished up with a nicer performance and better production.

Bottom Line: If you’re a big fan of Zao, than by all means pick this up. If you’re interested in newer Zao and aren’t that into the old line-up, this is also something you might want to check out. “All Else Failed” is a good addition to Zao’s LP arsenal.