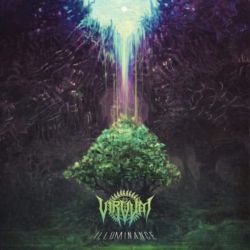 Can you smell that? I sure can. That's greatness you smell on the horizon, and it's greatness you'll hear with Virvum's debut record "Illuminance." That's right folks, I'm not meandering and wasting time like an atmospheric black metal record, we're getting straight to the point here; "Illuminance" is one of the finest examples of tech/prog death metal to be released in the past few years.

I shouldn't shit on atmospheric black metal, not only because I really haven't listened to any bands in that style, but because the music presented here is very atmospheric - at least, as atmospheric as the thresholds of technical death metal will allow. This whole overproduced, airy, atmospheric progressive death metal realm took off with Fallujah about a decade ago and it has continued to expand with great releases from all over the globe. Virvum, from Switzerland, came close to perfecting the sound in their debut album and bands have rarely come close since.

I do enjoy Fallujah, though I find them to be quite boring at times and I feel they can get too sucked into the whole "atmosphere over death metal" thing way too much. Of course, I can do nothing but respect them for what they set out to achieve, and they have done a pretty good job, but Virvum seems to have found the (almost) perfect sweet spot between death metal and atmosphere without leaning too far in either direction. For starters, it's heavy as fuck. At their heaviest, they sound like "Diminishing Between Worlds" era Decrepit Birth on steroids. These parts appear in every song and are sure to give fans of technical death metal that still want the death metal part exactly what they're looking for. Some other names that come to mind are The Faceless, a little bit of Obscura and perhaps some Arkaik or Inanimate Existence. It's not as showy as any of the other tech death bands in the scene. The music here is abrasive, and definitely technical, but not so much so that it'll turn away fans who can't stand the genre. The music knows its limitations and also knows when to use the technicality to its advantage without being over the top.

The leads are where the atmosphere comes in, as the guitarists go for that Fallujah-esque soaring solos sound and it compliments the technical riffage very well. The album doesn't really ever feel the need to slow down to do some lame ambience section; they keep it death metal nearly 100% of the time and rarely pause to give the listener a break and I appreciate that. I'm here to listen to explosive tech death, why would I want a breather in between anyway?

Almost every aspect of this record is masterful. Even the ambience sections that do come along from time to time are actually pleasant to listen to. The vocals, though nothing special like 95% of death metal bands, serve the music well and are at the very least catchy from time to time. The drumming is also fairly casual and doesn't really explore too much, but it's still fast and keeps it death metal. The album's main focus is its guitar work and it does not disappoint. Excellent leads fill the album and can be heard on pretty much every song and even the riffs are meaty as fuck when they come along. The song structures are followable, and even in the long songs they don't get crazy with how many parts there are. It's progressive, but too much so. Like the atmosphere, it's a fairly nice balance. Something a lot of these bands really struggle to find, unfortunately, is balance, and that's what Virvum excels in best. The production, I should mention, is perfect to these ears, but I admittedly am not educated enough on production, and the actual sound of an album has really never bothered me to all much.

I don't know what more to say. If you're into the scene and you're looking at these albums and reading the reviews off Metal Archives because you're an addict like me and need more of the style, you're sleeping if you haven't listened to this one. An instant classic, and one I imagine in the next carnations of technical death metal in the coming years and decades will look back on with absolute praise. And to think - this is their DEBUT!

On a side note about that, I saw this band live in 2019, and they played us a new track live and made it seem like the album was close to done. I know COVID-19 happened, but it's 2021 boys! I'm starting to fiend for new music at this point and I'm gonna eat that shit up when it comes out. Love the work, gang.