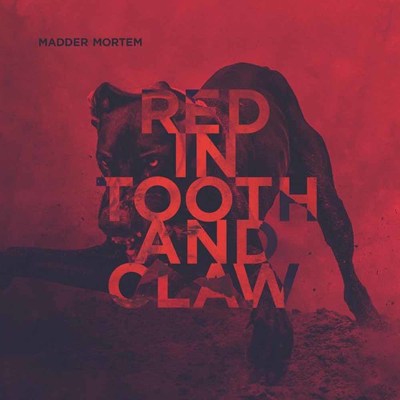 ::   ::
Type: Full-Length
Release Date: October 28th, 2016
Label: Dark Essence Records
Genre: Atmospheric, Dark
1 Blood On The Sand
2 If I Could
3 Fallow Season
4 Pitfalls
5 All The Giants Are Dead
6 Returning To The End Of The World
7 Parasites
8 Stones For Eyes
9 The Whole Where Your Heart Belongs
10 Underdogs
MetalBite on YouTube

Madder Mortem performs a very emotional brand of heavy metal.  Their music is almost hard rock in nature, but straddles the line so effortlessly you’ll be hard pressed to notice.  The music has an atmosphere that is hard to characterize.

On one hand, there is a vibe similar to the hard rock of Alice in Chains.  But then there is also the emotional side that could be seen more similar to bands like Anathema and Katatonia.  The combination of styles leads to an interesting aspect, but really the band stays mostly to the more hard rock ground than anything.  This leads to a straightforward enough main style of performance that is easy to get grips with.  The simplicity of the music is also a beautiful thing, however, as it allows the band to emphasize the moods they deal with.  Fallow Season for examples rings out with the non-complex manner of song-writing that is very narrow and focused.  The song has a very catchy verse-chorus method of story-telling that is echoed throughout the remainder of the release.  The use of simple percussion segments and rhythms makes the song seem like it has just the right level of complexity to get its point across.  The immediate next song Pitfalls has an addictive musical segment and follows the previous song nicely.  The overall effect is a nice one that has the proper mood written all over it.  The problem with the album lies in the moods, however.  Outside of Pitfalls, there simply aren’t enough endearing moods created to make the album stand on the next level.

Therefore, one has to appreciate Red in Tooth and Claw on its merits and take it for a hard rock influenced metal album.  In terms of albums that sound like it, there aren’t many, so rush out and get a copy of the album if necessary.  But look towards Eight Ways first, because it is the superior album for the band.