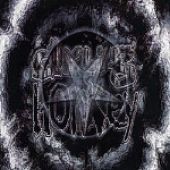 Chicago's underground metal scene has been vastly undervalued throughout its storied and important history. We've managed to produce bands like Master, Cianide, Zoetrope, Sindrome, Devastation, Znowhite, Abomination, Trouble, Cardiac Arrest and area-legends Impetigo and Macabre. That stated, some of the 'newer' local bands making noise over the past decade-plus are deserving of notice and accolades, so I present to you Drug Honkey, a death-like doom-laden experiment with psychedelic and even slight industrial leanings. This is a band that was in the midst of finding its proverbial footing during this album, and it only went up from here, which says a lot seeing as how I thoroughly appreciate this effort.

The experience one gets from engaging Drug Honkey is starkly akin to hitting the cerebral areas of the brain and allowing yourself to find things hidden in the recesses that aren't immediately accessible. Yes, I am well aware there are chemical additives you can ingest to enhance or tap into such reserves, but the best, most illuminating drug I've ever found was music, so why not partake? This album is one long high; how you choose to interpret it is completely up to you.

The CD I'm reviewing is a current reissue of a long out-of-print effort from 2005 called Hail Satan, which can only be called one of the single most encapsulating cautionary tales 'recently' put to CD (thought it's 12-years old now, it will be new to some folks, lucky suckers!) The lyrics are quick, steady blueprints that you need to hear in tandem with the music that carries them. This is one of those recordings that you need to take in as a piece, not part and parcel lumping, so as to truly get the full effect of what the band is relaying here. It's not totally overwhelming or bland embellishment by any means, but it does carry with it some serious staying power with casual need for introspection. The mood can be very dismal and dank, which is what is required for the topic(s) at hand, and it can waft over you like a mad rush of horror and fear, but it can also find moments of lulling to the point of relief from the journey you're finding. I won't insult you by giving you some ridiculous tag lines that you need “lights out, total consciousness, totally Zen mood, maaaaan....” One listen to this CD and you'll find the pattern you're supposed to scan, and it will be a moment you might never forget. You can find the throes of depression and overall bleakness rather satisfying once you find the soundtrack to attach to it, if even for an hour.

All superlatives and euphemisms aside, this is a very green, yet tangible entry into what a band like Drug Honkey had in store for us. In the span of 57-minutes you can truly find yourself within the tempestuous confines of addiction and depression, the very death grip that many Drug Honkey releases are both noted and heralded for, and that makes for a very cerebral experience. Even the mocking tone in the track “Silver Lining” is a sardonic stab at lost conditioning, with a vocal that all but screams for you to get up from the dirty floor. I only speak from experience when I say that this collective can evoke feelings and anguish that you might otherwise deny or keep at bay. The topics are heavy, the music is unapologetic and confronting; you need this in your life if your mind and body can handle it.

By all means, also check out their other musical offerings, which get even better with each effort. This is just an amazing band with some real credibility and mental provocation assigned to its lineage. Another of Chicago's pride making noise!