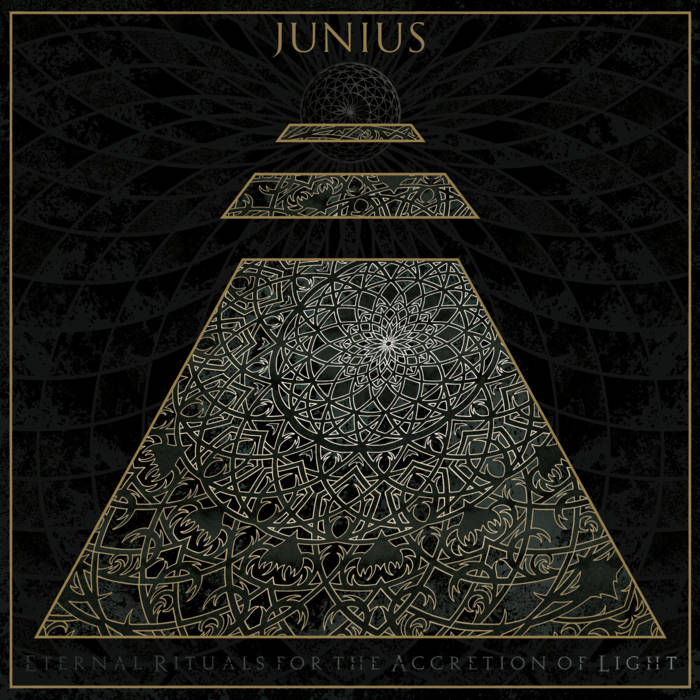 Junius performs a very passionate form of rock music that has a lot of atmosphere.  The songs rollick along at a nice pace.  There is a distinctive groove to the songs that Junius performs and it is very addictive and affecting.  These songs have a mood and if it’s not negative, it certainly is dystopian in nature.  This adds up to a band that has songs that bleed feeling and emotion.  The songs make it difficult to choose the greatest moment of the band as they all move along nicely.

Still, though the effect is an enamoring one, I find it hard to pinpoint this album as superior to the band's previous recording Reports From The Threshold Of Death, which really stood out and sounded one of a kind to the post-metal genre.  The songs on that album were more memorable than the ones here and carried a more powerful focus.  Don’t get me wrong, the songs here are still powerful, but when compared to the predecessor come up lacking a little emphasis.  This leaves the band with a great recording, but one that isn’t as strong as the last one.  The rhythms of the band still contain a certain amount of force to push them along and make for a nice listen.  This album is still fairly strong when compared to other post albums, especially those that aren’t metal.  The vocals are still deep enough and penetrate the songs to improve them greatly.  Instrumentally, the band has a powerful drive that makes the riffs stand out and maintain focus.

Overall, this is a really good album, especially when taken on its own merits.  There aren’t many albums that sound completely like this, so fans of metal and rock should definitely look into it.  Eternal Rituals For The Accretion Of Light is easy enough to get into for new listeners, but those that are already fans of the band will be able to dig into it as well.  It falters a bit when held up next to its predecessor, but is still one great album indeed.