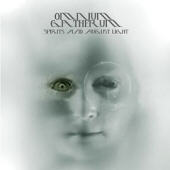 It’s a wonderful thought when you think about how many unearthed bands are out there, plugging away in their garages with nary a decent bit of exposure to the world. Picked up for Rage of Achilles, Omnium Gatherum spring forth with an emphatically energetic shot to the head, possibly not felt as hard since…Soilwork?

“Spirits and August Light” is melodic death through and through. Twin guitar leads, turbulent solos, short catchy atmospheres - the standard formula. However where Omnium Gatherum break away from their legions of contemporaries is in their ability with creative flair and crunchy songwriting. They’re infectious. You feel the need to listen more. I sit down and wonder how 45 minutes have disappeared. What really strikes me about these guys, however, is that instead of following through with the typical half and half clean/harsh vocal mixture, they simply opted to not bother with the clean vocals. It’s metal after all; what the hell do you need to pussy-foot around for? Not a clean line to be had. And you know what? It kills.

I didn’t have to skip through one track when listening to “Spirits and August Light.” You can literally pick out any of the nine songs on this debut record and be warmly greeted with a lush, melodic soundscape.

There is a peculiar quality about Omnium Gatherum. Soilwork have it, In Flames have it, Dark Tranquillity have it, and what is more important, “Spirits and August Light” certainly has it.

Bottom Line: “Hatebreeder”? You loved it? Grab “Spirits and August Light.” Dark Tranquillity? You love them, too? Omnium Gatherum could be one of your new favorite acts. The field of melodic death metal is without a doubt one of the hardest metal scenes to open the door to. Omnium Gatherum have simply bypassed the security and waltzed in. Screw the trials and tribulations 99% of bands face. Meet the new face of melodic death metal.