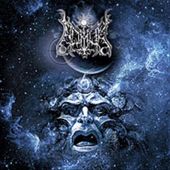 Type: Full-Length
Release Date: November 20th, 2013
Label: Black Plague Records
Genre: Black
1 Intro
2 Algor
3 The Event Horizon
4 Stride With The Shadows Of Death
5 Into The Gate Of The Over Humanity
6 In The Shackles Of Dark Matter
7 Broader Knowledge Of Pagan Reality
8 Outro
MetalBite on YouTube

Polish black metallers Adhuk have been around for a while, the main two playing with a band called Algor (not to be mistaken for the Slovakian band of the same name) in the 90’s.  Their main focus was to play minimalist, brutal black metal with some twists… we shall see if they pull it off.

As the disk starts up… I am not amused. Instead of something a little different in the BM offered here, it seems very old and tired – and same old, same old. It is cold and brooding – but not convincing in any way.  As it flows out of the intro into the first proper track, it hits me like out of control semi against a deer in the middle of the road… this was not what the media pack offered… it was not close.

With production values better described as No-Fi rather than the genres normal Lo-Fi approach, it comes all too real that this album is nothing more than a muddied pile of noise pretending to be black metal. Noisecore bands have more melody and conviction than this, hearing enough of both sub-genres over the years.  BM is always been ball busting heavy, and brutal… but the good ones still have some form of melodic sense that makes it so explosive.  Adhuk is just noise searching for even the slightest of melody other than a faint one that ever song on the album has – and covering their lack of talent by hiding it in BM.

I cannot recommend this album, not even to one of my tone deaf friends.  It is below average, below talent and I suspect real black metallers will shy away from it like Baptists do from them.  I will give a rating below… is there a rating below 0 though?  Perhaps I need to invent one.