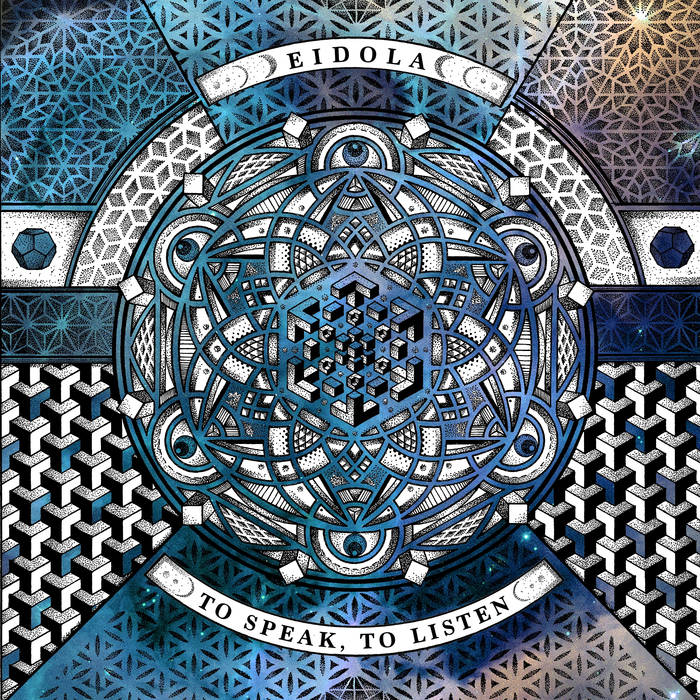 Eidola bring a core element to the plate with To Speak, To Listen. Their music still has plenty of ebbs and flows, which would indicate an atmospheric element to the band. The songs alternate between harsh and softer portions in fine fashion. There are never times where the music gets overly indulgent as it maintains a medium tempo at most times and never becomes too quick.

This medium tempo gives the band a lot of room to explore rhythms and it leads to an interesting and compelling album. The more morose segments involve clean singing and these vocals make an impact with their nice quality. This doesn’t necessarily mean the music needs to be quite soft, simply that is has a more moody aspect. There are still harsh vocals and they are effective for the style, but not nearly as entrancing as the clean ones. Still, the juxtaposition of both vocal styles makes for an interesting listen at every turn. This is music that evokes a strong atmosphere. There are deliberate measures taken to make sure this aura is always at its most poignant and vibrant. The core sections of the band recall the likes of The Postman Syndrome while the quiet elements are one of a kind. On a whole, the album does reflect on the excellent Terraforming album by The Postman Syndrome and compares favorably to this classic along with new material from East of the Wall. I haven’t heard much post hardcore music, but if this is the blueprint for it, I would like to get into more. It still doesn't equal the best from the atsmopheric metal genre, but it is a nice entry to hardcore.

There has been two great albums in a row for the band after the solid Degeneraterra in 2015. If this band continues to release albums every couple of years, I’ll be highly satisfied. To Speak, To Listen comes recommended to hardcore and atmospheric music fans alike.