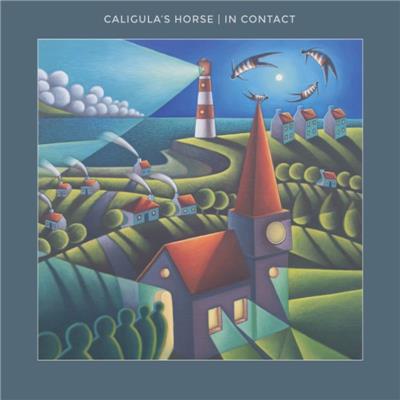 ::   ::
Type: Full-Length
Release Date: September 15th, 2017
Label: InsideOut Music
Genre: Progressive
1 Dream The Dead
2 Will's Song (Let The Colours Run)
3 The Hands are The Hardest
4 Love Conquers All
5 Songs For No One
6 Capulet
7 Fill My Heart
8 Inertia And The Weapon Of The Wall
9 The Cannon's Mouth
10 Graves
MetalBite on YouTube
MetalBite on YouTube

Caligula’s Horse has come back with another album in a relatively short period of time. As has been stated otherwise, there is more of a focus put upon the instruments than the vocals this time around. I must say that I’m more of a fan of this band when the vocals are put up in the mix. There are still moments of glimmering beauty to be found here, but it seems like the band lack the memorable quality that was present before. Both of the last couple of the albums had moments that attracted me far more than what’s to be found here.

The album seems to attempt to be more progressive, but it’s still a fairly elegant streamlined sound that the band has going for it. This leads to a radiating glow of a listen and it must be said that the music here is fairly vibrant. I’m not exactly sure what it is, but the memorable quality to the songs just isn’t as present as it was on the last couple of releases. Maybe giving the album more time would alleviate this, but I can’t be sure. It must be said that many of the stronger moments here were wrapped up in the final track on the work Graves.

Jim Grey’s vocals are still strong, but seem more like an extra element than the main thing guiding the songs along anymore. These vocal elements are very important to the music because they become ingrained in your head and make for the great impact the album puts forth. Maybe I haven’t given the album enough time to be digested properly, but the singing simply didn’t have the same weight to it that the last two albums had. As such, In Contact comes recommended to fans of the band, but don’t be surprised if you find the music different because of the greater focus put on the instruments than the vocals.