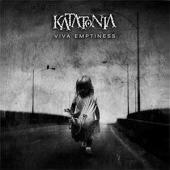 Sweden's Katatonia have certainly been shifting their musical direction since they arrived on the map with their debut, "Dance of December Souls." Even with their follow-up, "Brave Murder Day," it was obvious that Katatonia were slowly transforming into a greater entity. However, it was "Discouraged Ones" that truly set the blueprint for future Katatonia releases. Now, six albums into their game, Katatonia has released their most recent album, "Viva Emptiness," which is a solid trek into yet another area that Katatonia will interpret, process, and conquer.

One thing is for sure. "Viva Emptiness" is not the long lost cousin of 2001's "Last Fair Deal Gone Down." It is however, more of a culmination of Katatonia's lengthy historic background as well as a number of newfound elements. "Viva Emptiness" is a successful reinterpretation and continuation of "Last Fair Deal Gone Down"-era Katatonia, but why would Katatonia stop with their unpredictable tendency to mix things up with each release? They've continued on with their sound, but they've managed to revive a slightly darker feeling to things, which was most common around the middle of Katatonia's career. As if that means anything, though. Katatonia has always tended to loom in the shadows. The heaviness of their early efforts is also back, however, not in the doom metal way that one would assume.

Katatonia's most recent weapon: heaviness in a more hard-rock way. Of course Katatonia has been known for the past years as being more of a gloomy hard rock act than metal, but "Viva Emptiness" has successfully made a journey into modern rock more along the lines of Tool. Songs like 'Complicity' (check out 2:35) or 'Sleeper' clearly have a few segments that are highly reminiscent of Tool. That is not to say that Katatonia have fallen under the hand of being a copy of Tool. That is hardly the case. It just seems as though Katatonia has been influenced somewhat by them, and other likeminded acts. The rhythm guitar largely dominates much of the music on "Viva Emptiness," replacing the startling guitar melodies that Anders Nyström and Fredrik Norrman have been known to conjure. Melodic guitar lines do make their way in to the songs however, in between the dense barrage of hard-hitting choruses. There is also the excellent use of some beautiful chord progressions.

When it comes to performance, I commend Katatonia for being the tightest and most concise that they've ever been. The songs on "Viva Emptiness," while following a more formulaic and structured layout, are all excellently composed. The vocal melodies are incredibly strong. Many of them are the strongest they've been yet. Vocalist Jonas Renkse has expanded yet again in both his ability and his confidence. From the light-hearted humming of 'Omerta' to the cold and unnerving lines on 'Criminals' to the desolate cries of 'One Year From Now,' Renkse has shown that he's truly a moving and growing force. The rest of the band continues to push themselves further. Nyström continues to use actual chords instead of power chords, something he first introduced to Katatonia's music on "Last Fair Deal Gone Down."

Katatonia, however, haven't quite escaped without being somewhat scathed. My biggest complaint is that Katatonia's hard rock influence has caused somewhat of a sacrifice to sincere emotion and melancholy, the things that helped define Katatonia. While everything may be sound when it comes to how things have been put together on "Viva Emptiness," as well as the performance and whatnot, I can't help but say that I have trouble finding the sincere depressive nature of past works. That was where Katatonia are most comfortable, as the truly dark, melancholic, and emotional 'One Year From Now' and 'Inside The City of Glass' – songs that are most reminiscent of what has gone missing in action – clearly show. It may be a minor complaint for some, but I find that to be Katatonia's strongest point and it's somewhat disheartening to not be able to come across that aspect more frequently when listening to "Viva Emptiness." Lastly, as a complete and whole package, "Viva Emptiness" lacks that special something that brings amazing albums together. That's not to say that "Viva Emptiness" is bad because of it – certainly not. It's just saying that Katatonia didn't quite hit the mark all the way, this time.

Bottom Line: "Viva Emptiness" is a quality album and strong successor to "Last Fair Deal Gone Down." That does not mean, however, that it is Katatonia's best effort to date. It's not. Nonetheless, Katatonia has constructed a great album that, in the long run, is still impressive.