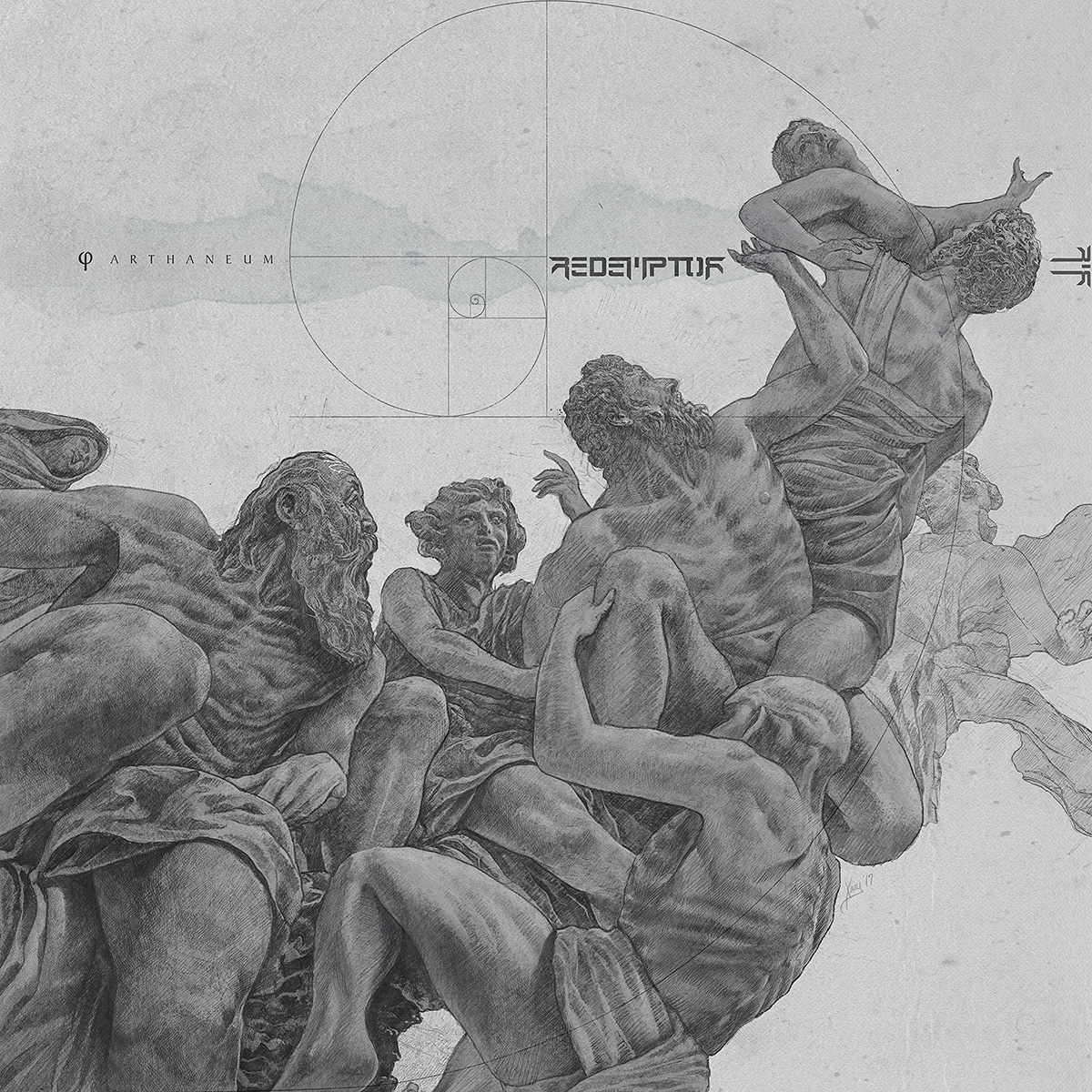 Three years have passed and the time has come for the third album of Krakow's Redemptor to be released. It was due to SelfMadeGod Records' good work, and all the praise goes to Karol for that! This "autumn" album consists of 11 compositions, lasting about 45 minutes. After the great The Jugglernaut, which could boldly sit among the best in technical death metal, I was afraid that it would be difficult for them to surpass such an effort. However, sometimes it is okay to be wrong, and although I still do not know with 100% certainty whether Arthaneum is a better record than the previous one I will not hesitate to say that it is their current opus magnum; if it reaches its goal, it can be huge. The graphic design traditionally has been taken care of by none other than Michał 'Xaay' Loranc, which is almost a guarantee in itself.

'Éminence Grise' opens the album, and the song starts with a short and more cinematic introduction this time around. Promotional activities were entrusted to this piece since it is very distinctive, and it’s showcasing the task with which we will tussle over these 44-minutes. It also establishes this characteristic atmosphere of sadness and reverie, and that is why I gave this album the adjective "autumn". The Jugglernaut sounded more typical for technical death metal, as that album was full of solos and tech-twisters. There was this nostalgic feeling in it that was perceptible, too, but it is just now that it gained power, or rather it was given the lead, hiding the technical displays slightly in the shadows. Redemptor is no longer a band that has to show off its technical abilities; they simply consciously create what they want and technical limitations are foreign to them.

Thanks to this, such beautiful guitar solos also color the Arthaneum. I do not know just yet if my fascination with The Jugglernaut will turn into worship for Arthaneum, but I feel the strength of this album. I feel it's unapparent style and overwhelming, slightly Nile / Morbid Angel type of heaviness. This year Immolation, Masachist and Biesy trampled me similarly, no offence to the aforementioned bands, because they are a different kind of musical carnage. Biesy and Redemptor simply crushed, mangled, and spat me out like a road roller combined with an electric meat grinder. Arthaneum is a multi-format album that you want to exploit - or be exploited by it - repeatedly just to get the feel of dirty streets of Krakow in the twilight on a rainy autumn day. These are just some of the visuals in Daniel / Xaay’s compositions. Such an image, far removed from those same streets, full of sunlight reflections. Those who don’t know what I'm writing about, I invite you visit, but I warn you of a long and not necessarily guided walk.

Daniel and Michał are the authors of the lyrics, guitar lines, bass and vocals. This vocal collaboration surprised me a bit, but in a positive way. They were perfectly blended in, scrolling and complementing each other, supplemented with screams or whispers, and enhanced with small effects. Hubert Więcek (Decapitated) added his bits here and there again, of course. One thing I cannot ignore is the change behind the drum kit from Kerim's "Krimh" Lechner to Paweł "Pavulon" Jaroszewicz. I must admit that the constantly busy "Pavulon" handled this burden effortlessly, and it must be said that it wasn’t an easy task. I was also worried about the lack of Piotr Tokarz (bass), but Daniel and Michał successfully filled his role. However, how will it work at the concerts? Bass lines are quite significant here, and his absence may be too severe to ignore, especially in ‘Semantic Incoherence’, ‘Arthaneum’, or ‘Iconic’.

Redemptor's third full-length album is a very strong one, thanks to its diversity, vibrancy and non-schematic dynamics. This death metal must be checked out with your own ears. At first, I was basking in ‘Éminence Grise’, ‘Cremation of Care’, ‘Arthaneum’ and ‘Departure’, but later I realized the visual power of ‘What Is To Come’, and now I know that its value lies in every song. At the beginning of the year, I was slayed by the devilishly wild and furious Beheaded and Azarath albums, yet at the end of the year I was showed a different, but no less brutal, face of death metal. Keep checking their YouTube or Bandcamp streams, as Redemptor is already a class in itself. The SelfMadeGod Rec. store is open 24 hours a day and I will not persuade you anymore.