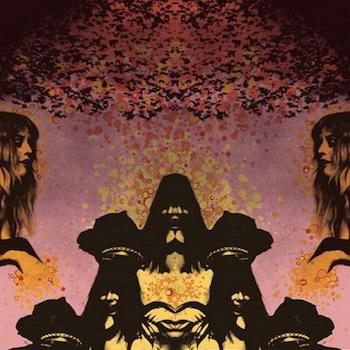 For those who find themselves enamored by Scissorfight’s style of stoner rock, rejoice! Tortuga Recordings has treated us all to a five song EP, “Potential New Agent For Unconventional Warfare.” So it’s not the new full-length that you’ve been waiting for. But hey, fifteen or so minutes of music is worth something, right?

I’ll keep this short and simple. Scissorfight are one of the better stoner rock acts out right now. Not necessarily the best, but come on – they’ve got a good hand and no scoundrels are getting so angry that they’re going to pull out their guns and shoot these cowboys dead on the spot.

All songs on “Potential New Agent For Unconventional Warfare” are pretty killer. They rock like they should. It’s hard to imagine listening to any one of these songs and not nodding your head or tapping your feet along with it. It’s just catchy, and memorable. The riffs are solid and well composed. The vocals are a bit odd, but definitely fitting and acceptable. The rhythm is great. There’s not much more to it than that, honestly. Five really good songs with good musicianship, catchy, memorable…what’s not to like?

As far as gripes go, this EP is has about fifteen minutes of music. Yes, it is an EP. What did I expect? Well, about thirty minutes of music is always better. But really, the production on the guitars really needs some work. The distortion is pretty terrible sounding. It sounds more computerized than anything, half of the time. There isn’t a real heavy, rocking sound to it. It’s there, I suppose, but just not to the extent it needs to be.

Bottom Line: Scissorfight fans this one is all yours. Those of you that aren’t fans, maybe wait for the next full-length, or go to the back catalogue. “Potential New Agent For Unconventional Warfare” is a release that best suites those big followers of Scissorfight, not the semi-serious ones.