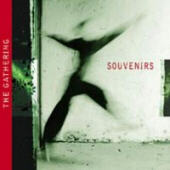 Type:
Release Date: 2003
Label: The End Records
Genre:
1 These Good People
2 Even The Spirits Are Afraid
3 Broken Glass
4 You Learn About It
5 Souvenirs
6 We Just Stopped Breathing
7 Monsters
8 Golden Grounds
9 Jelena
10 A life All Mine

Progression is somewhat of a double-edged sword. Much of the time fans become disgruntled with the new sound or direction of a band. The band loses a lot of fans, who think their time is best spent complaining about the new stuff and talking about the good old days. On the other hand, there are people out there who enjoy progression. There are those who really don't want to hear the same record three or four times. Twice, even. And by stomping across new ground, the band usually gains new fans. Depending on which side of the fence you stand, you either put that smug "I love 'Mandylion'" grin on your face, or you float in enjoyment when you think about the beautiful thing that Holland's The Gathering have become. Their latest album, "Souvenirs," is once again a progression into new territory.

It's hard to say what the best album by The Gathering is. They all have their own qualities that make them stand out in a peculiar way. With "Souvenirs," though, I can definitely say that The Gathering has taken a great leap in terms of quality. Not that the albums before now are any less. It's just that "Souvenirs" is much more mature. It might have to due with the fact that The Gathering took three years to write this album, as opposed to the relatively short amount of time that they took to write "If_then_else." What makes "Souvenirs" much more mature is the song writing. The songs themselves are far more in depth than previously. Layer upon layer of guitars, vocals, drum loops, and electronic effects are what the songs are comprised of. Each subsequent listen will often open up new doors inside the music. Little details will make themselves known to you that you hadn't noticed before. Furthermore, the songs have a lot of color to them. This might have to do with the layering and depth that has been put into the songs, but I credit most of it to the amazing song writing skill of The Gathering. Many times an album will have songs that are very similar and are void of anything that helps to differentiate the songs. With "Souvenirs," listening to each song is like looking at the album from a different angle. Each angle shows you something new, yet you know you're listening to the same album. "Souvenirs" is a very cohesive effort.

I feel a need to point out a few other details. Anneke van Giersbergen's vocals are absolutely beautiful. They are somewhat of the focal point of the music, and rightfully so. Her presence is wonderful and welcomed with open arms. Her abilities have continued to grow with each album. Otherwise, the song 'A Life All Mine' features Garm, or Trickster G. (of Arcturus and Ulver fame). It's quite an amazing song that will be enjoyed by those who are quite fond of his vocals.

Bottom Line: I'll just say it right now: "Souvenirs" is one of the best albums of 2003. Do yourself a favor and at least check it out.