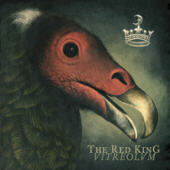 The mastermind behind this very special opus is Johann Bran Cleerman. All words and music were written by him and he also arranged, performed everything that can be heard and enjoyed. Johann has realized what every musician / composer dream to do at least once in their life: a solo project that he or she can master with no restraint or set boundaries. A true creation in its purest sense.

Opening track 'Materia Prima' is an instrumental piece made of highly sophisticated symphonic landscapes in which the piano leads the way throughout scenery of neo-classical arrangements beating to the pulse of occasional traditional percussions. The mood is grandiose and epic. 'Visita Interiora Terrae' has a calm and dark introduction dressed with piano notes and keyboards sounds, becoming heavier and more mysterious when the drums and Johann' strange vocals join in. His voice is clean, somewhat theatrical and tortured. The last measures are calmer and a spooky passages, with spacey keys closing this composition. The third opus, 'Rectificadoque Invenies Occultum Lapidem' can be considered as 'la piece de resistance' with its 18:22 running time and is a true majestic symphonic epic with all the fancy elements involved: piano, bells, beautiful melodic lines, dark low tone spoken words, tortured screams, dramatic passages conveyed by chords, ensemble sounds becoming more intense and tragic as it progresses towards the end with the percussions rolling, the tortured vocals doing a duo with some demoniac low tonalities then some more screams, dramatic chords, becoming calm almost serene as if delivered from pain and suffering. Finally, 'Veram Medicinam' begins dark with spoken words on a dramatic symphonic decor echoed by bells, then a chord ensemble joins in the tragedy with loud percussions before a mysterious mood with demoniac spoken words takes place. The following moments will bring in some more piano and chords parts, disturbed and theatrical vocals, somber and beautiful symphonic arrangements and some grave and devilish voice near the end.