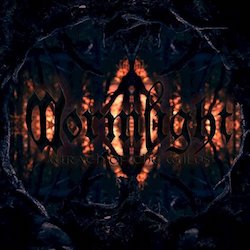 Wormlight's Wrath of the Wilds is a well paced and enjoyable 55-minute journey. It carries the traits of melodic black metal that emphasizes on tuneful guitar riffs and solos being backed up by clean drumming and vocals that go from death metal growling to mid tempo black metal shrieks. Wormlight distances themselves from repetition by constructing each song diversely. Every track on Wrath of the Wilds showcases a different aspect of extreme metal; from loud angry growls to traditional tremolo picking, changes in melody and flow; and also further expression of specific musical segments via low-tuned stripped down guitar segments.

Tracks such as 'Vittramark' combines fury with delicacy and helps the listener to appreciate the calm side of the music being played. Wormlight achieves this by having one guitarist play the primary riff then have another play the same riff but in a more relaxed tone. Wormlight seems to articulate themselves well in this area; hence throughout the album, the listener discovers more of these "beauty and the beast" moments. The headbanging aspect is not sacrificed to achieve this, they still maintain the ferocity whilst switching gears along the journey.

'On Tattered Wings' is definitely a contender for the best song on Wrath of the Wilds. It exercises the joints of their technique by building fury then alluring itself into more melodic territory around the 3:50 mark; where there the guitar solo kicks in and fades out as the primary riff reclaims dominance over the track. Some of the songs on Wrath of the Wilds sound similar to that of Thulcandra; I may be wrong about this, however, that's the vibe I keep getting whenever I listen to the album.

'Cry of Thy Nameless' is a favorite of mine on Wrath of the Wilds, it has a very thrash metal/metalcore beginning that slowly merges into symphonic black metal via the use of soft choir synths that take command over the song for at least 1 minute. It has a very catchy and addictive rhythmic glide that draws the listener in easily. And similarly to every other song on the record, it doesn't sacrifice metal for melody, it balances the two elements almost perfectly. Even the longest track on Wrath of the Wilds is a banger, it has well implemented vocal screams and memorable sections that engages the listener as he/she follows the music. The screaming patterns sound similar to Serpenth of Belphegor. Compare the screaming on to the track 'Nightmare' and even throughout the album to 'The Goatchrist' off Lucifer Incestus, I'm sure you will find a resemblance.

I found Wrath of the Wilds to be a very enjoyable listen. There is never a dull moment on it, and for 55 minutes it never loses its impact on the listener's enthusiasm. Wrath of the Wilds should be highly ranked by the end of 2018. Wormlight's Wrath of the Wilds is not just a brilliant melodic death metal album but also a very good piece of music in general, that offers more than enough to earn any metal enthusiasts' respect.