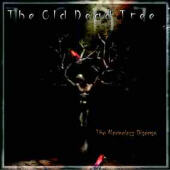 Type: Full-Length
Release Date: 2003
Label: Season Of Mist
Genre: Doom, Gothic
1 We Cry As One
2 It Can't Be!
3 How Could You?
4 'Won't Follow Him
5 It's The Same For Everyone
6 Somewhere Else
7 Joy & Happiness
8 Transition
9 Quietly Kissing Death
10 All…
11 The Bathroom Monologue

A couple of years ago, I went crazy for an album from Evereve called "Regret." The intensity of this album was thick, and it was dedicated to their former singer who killed himself. Like "Regret," suicide is the inspiration for The Old Dead Tree's "The Nameless Disease." Here too we are facing a wonderful album filled with intensity. The inspiration is present and the talent of this new French band is obvious. The musical direction they are taking is gothic metal. This fine recording was produced by Andy Classen (Rotting Christ, Callenish Circle) and mastered by Goran Finnberg (In Flames, Opeth). By those standards, The Old Dead Tree is in good hands.

Throughout "The Nameless Disease" one can feel the confusing emotions associated with such a desperate act. Partly anger, mostly sadness, and always intense are the moods these guys are delivering in the eleven compositions. Vocals ranging from clean to death and spoken at times but remaining expressive no matter the form it is taking. For those of you who know Evereve, you'll find some similarities in songs like 'It Can't Be,' 'How Could You?' and 'Won't Follow Him.' May it be in their intensity (last time I'm mentioning it, I promise!) or the great and powerful riffs, the emotion in both albums is really palpable. The mood shifts from calm to heavy while the vocal parts alternate between melancholic clean to death, with some screams on just about every composition that usually ends with an instrumental segment. 'It's The Same For Everyone' is the longest number and it includes all the above. At the other end, the shortest composition is 'Transition,' a calm instrumental with nice echoing sound on the guitar. What sums up all the pain and frustration is closing the album, 'All...' and 'The Bathroom Monologue.'

Bottom Line: "The Nameless Disease" is a melodic, dramatic cry from the heart. Definitely check this one out if you like melodic death metal with a gothic and slightly doom metal edge.