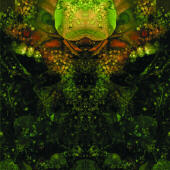 Type: Full-Length
Release Date: 2003
Label: Neurot Recordings
Genre: Ambient, Doom, Drone
1 Edward's Intent
2 Intrmssn_A
3 On The Upswing
4 Intrmssn_B
5 "...And Now The Man You've All Been Waiting For!"
6 A Temporary Setback
7 Edward's Lament
8 Off You Go
9 "Thank you, and good night!"

House of Low Culture is yet another one of the ambitious Aaron Turner's side projects. Turner, best known for his label Hydrahead Records and his work in Isis, is part of numerous projects, including Old Man Gloom and Lotus Eaters. House of Low Culture is another project amongst those, which first began with the release of "Submarine Immersion Techniques Vol. 1." Not surprisingly, Turner is back with another album under the House of Low Culture moniker, titled "Edwards Lament."

House of Low Culture is an experimental project, first developed by Turner when he was experimenting with noise on his 8-track recorder. The project allowed Turner to freely explore new musical ideas. Once Turner decided to turn it into an actual "band" instead of a basement activity, things started to take off.

"Edwards Lament" is the result of experimentalism and sound manipulation. Immediately you are swept into the vast scenery of sonic soundscapes. These soundscapes are the product of mostly different noises and electronic effects, but also the limited use of guitar and vocals. These soundscapes paint a picture of a barren wasteland; once a beautiful, thriving city, now only rubble that has been left by a destructive force. This force is personified in the music of "Edwards Lament" by the low bass hum that drones throughout most of the album, while the noises that surround you and encapsulate you are the unsuspected blasts that tear down the walls around you. Once you begin your travels through "Edwards Lament," they don't quite stop until the album finishes. It is a cohesive journey that doesn't quite subside until the last notes dwindle off.

My only problem with "Edwards Lament" is that at times I believe it fails to provoke the listener. There are some excellent, aural moments within it, but quite a bit of the time it doesn't quite take the extra step to really infest the mind of the listener and take control. On the other hand, it is a very relaxing piece of work that well serves those late nights or times when you just want to lay back.

Bottom Line: "Edwards Lament" is an album that succeeds on a number of different levels, and possibly falls short on a few, depending on how you look at it. Noise, ambient, and experimental listeners will most likely have a good time listening to this.