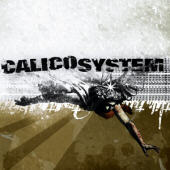 Calico System is not original. Everything on "The Duplicated Memory" will be something you've heard in one form or another at some point. We might as well give up on hoping for something really creative or original to come out in this scene anytime soon. So, I guess we move a step down. How about we just focus on whether or not the music is actually good or not?

"The Duplicated Memory" isn't that bad, if you look at it that way. The song writing is quite good; for the most part the music is cohesive, and nothing really seems to be forced. Calico System sound like they're fairly comfortable with their sound, and that's a good thing because at least the music sounds a bit more emotive and heartfelt. Other than the occasional misstep here and there, the songs sit well on there own and together. The musicianship is also at a level where Calico System sound good and can perform music on a good level. Nothing is really too complex, but it is not so simple that it's boring. You know, staccato riffing, a few quirky notes and runs here and there. So really, other than the fact that Calico System isn't providing anything really interesting, there's not much wrong. Then again, I could list at least twenty other bands that I could say the same thing for.

Unfortunately Calico System's music doesn't quite sit right with me. On the other hand, I can't call them a bad band. Therefore, due to the fact that they possess some of the qualities that a good band needs, I can only recommend that fans of the screamo/metalcore/emo scene give Calico System a chance.