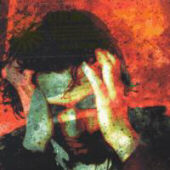 Type: Full-Length
Release Date: 2003
Label: Deathwise Inc.
Genre: Groove, Metalcore
1 Surreal Atrocities
2 Cavil
3 The Change Came Suddenly
4 Nevermore Will They Have An Understanding
5 In Anything Under The Sun
6 Maudlin
7 Pious
8 The Wicked Will Rot
9 Overwhelming

"A Great Artist" is like a higher tuned version of Meshuggah's "Nothing" album with a tad more double bass and less intriguing lead work. Everything sounds like Meshuggah, and I mean everything. A Life Once Lost has the whole off-timed twangy metal style down pat. They have the same gripe with this album as I have with "Nothing." All the songs sound very similar. The major difference in this case though is that I really do not seem to mind that much. If A Life Once Lost is such a blatant rip off of Meshuggah, then why do I seem to enjoy these guys more? As much as I try to figure out the answer to this, I just can't. I suppose it all comes down to personal taste.

Reactions to A Life Once Lost will vary. If you dig off-timed music, then meet your new favorite band. Although "A Great Artist" completely lacks anything original, it will at least be enjoyable for fans of the style. If these guys offer anything special it is that they exist merely as another option for alienated Meshuggah fans put aback by the band's obsession with the 8-string sound. In that case, for me, they came out at just the right time.