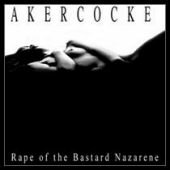 It's difficult to overstate the impact that Akercocke made when they broke out of London's underground extreme metal scene at the tail end of the 1990s. Although the UK had played a huge role firstly in the genesis of metal itself via Black Sabbath, Judas Priest and Iron Maiden, and Venom's unholy racket had been one of the catalysts for the development of thrash and black metal in the early 1980s, outside of a fertile grind and death-doom scenes centred around Napalm Death, Carcass and Paradise Lost, the UK had been little more than a bit-part player in the global explosion of black metal and death metal emanating from the Scandinavian and American hotbeds. Cradle Of Filth, despite the polarising nature of their aesthetic, were the only British black metal band at that point that had successfully transcended their local scene, and despite the best efforts of a congested and incestuous London community, there were few bands that seemed especially likely to replicate Cradle Of Filth’s success, let alone challenge the best that Norway, Sweden or even the Netherlands had to offer at that time. So when Akercocke emerged, seemingly fully-formed, complete with striking sartorial choices and a high concept vision together with the ability to realise it, it was a stunning bolt from the blue, and they were almost immediately transformed into one of extreme metal’s most intriguing and forward-thinking bands. Rape Of The Bastard Nazarene is at once a statement of the band’s overt and seductively blasphemous Satanism, and a slightly (but only slightly) rough and ready template for a sound that they would perfect over a sequence of outstanding albums that would end only with their initial dissolution in 2012.

It would be a mistake to dismiss Akercocke’s first album on the basis that it is not yet the perfect realisation of their sound, however. While they would go on to make more impressive albums, their debut transcends its occasionally under-powered production with a succession of songs virtually over-flowing with enthralling ideas and impressive musicianship. Akercocke also succeed because, like many of metal’s most iconic bands (and perhaps contrary to the protestations of some fans who maintain that the music is the only thing that counts), they offer more than simply excellent music. First comes the name, and linked to this, the thematic conceit of their first album. In a scene stuffed to bursting with death metal bands referencing some kind of unpleasant bodily mutilation, and Tolkien and Norse mythology-obsessed black metal bands, the mysterious and esoteric name of Akercocke, not unlike their British contemporaries Anaal Nathrakh, was impossible to forget once heard. This moniker gains an additional layer of interest when one learns that the name was taken from Robert Nye’s re-telling of the Faust mythos, specifically a capuchin monkey given to Faust through Satan himself. It also lends some depth to the band’s avowed Satanism, something far beyond the cartoonish facade of the many bands that have invoked the devil’s name and image through the years purely (and frequently successfully) to shock. Their spiritual beliefs bring a palpable authenticity to their music, and serve to enhance the genuinely disquieting atmosphere imparted by the songs themselves, and also the black mass-style interludes and invocations that are often utilised to bridge one song to another. Finally, the band’s aesthetic, encompassing their instantly recognisable monochrome artwork (generally featuring sexual images of women in various states of undress) as well as their be-suited onstage presence, demonstrates both a seriousness of intent and the creation of a totally immersive and coherent universe in which the band operate, and which the listener is able to completely lose themselves in.

Of course, all of this has function in complement to the music itself – if the songs failed to match the impressiveness of the concept, Akercocke would have been as dead in the water as any other style over substance band. Fortunately, this is resolutely not the case with Rape Of The Bastard Nazarene, and therefore all of the peripheral elements serve only to strengthen the whole edifice, an edifice that would be further reinforced by the albums that followed. As soon as ‘Hell’, the first track proper kicks in, following a suitably eerie chanted declaration which acts to prepare the listener for the upcoming assault, it is immediately clear that something startling and unprecedented is taking place. The band could so easily have launched into one of the many ripping riffs that populate the album, but instead prioritise atmosphere, by choosing to delay gratification, ‘Hell’ commencing with seething, demonic discordance, and almost whispered vocals. Once the crunching guitars do finally surge into action, the song continues through a whirlwind of ferocious tremolo riffing, complex tempo changes and intriguing rhythmic ideas. ‘Hell’ represents the infernal genesis of a riffing style that is highly individual and instantly recognisable. More often than not, Akercocke are ostensibly playing a slightly avant-garde version of death metal. The most aggressive tracks on this record generally combine snatches of single string tremolo blasts with lengthy passages of spidery, technical melodies, the twin guitars frequently alternating between unison sections, and segments in which they break into split harmonies that generally eschew classic metal intervals for something considerably more evil-sounding. The nearest comparison would be early Morbid Angel, or perhaps Nile at their most direct, although it should be noted that the trace elements of thrash that are so apparent on "Altars Of Madness" are almost entirely absent from Akercocke’s sound. What makes Akercocke so unique though, is the fact that they are clearly not just a death metal band. Philosophically, their Satanism places them much closer to orthodox black metal, and although musically the band share little in common with mid-90s Norsecore, the way in which they are able to imbue their music with a sense of awe and majesty allows them, in combination with a subtle use of synths, to straddle the death metal / black metal divide with skill. Finally, the progressive touches which will become significantly more pronounced as their discography is expanded is of a piece with a black metal scene that, as the 20th century drew to a close, was introducing a plethora of different sounds to the black metal template, resulting in the dramatic transformation of previously orthodox bands such as Enslaved, Dodheimsgard and Thorns into wildly progressive musical explorers.

As the album progresses, it’s clear that although all elements of the band’s sound may not be fully-realised in the way that they will be on The Goat Of Mendes, they are all discernible to varying degrees. When they all coalesce, as they do on early career highlight ‘Nadja’, or the monumental ‘Justine’, the results are astounding. ‘Nadja’ seamlessly welds a memorable Morbid Angel meets Beherit tremolo riff to some slick and dextrous lead playing, and overlays the whole with some truly vicious vocals. Another feature of the Akercocke sound is the clever use of contrasting vocal styles, which frequently overlap to create a disorienting feel, and ‘Nadja’ leans heavily on high-pitched screamed vocals to wonderfully unsettling effect. The complexity of the rhythmic interplay between David Gray’s outstanding drumming and the guitars, and the harmonic counterpoints that the guitars create completely belies the band’s naivety as a recording act, and frankly, the level of compositional sophistication displayed here put Akercocke at the forefront of a small number of death metal bands forging new paths for the genre in 1999. ‘Justine’ demonstrates a similar melodic intricacy, and the way in which this spellbinding track evolves from an introductory section in which the band give the impression that they are rising, undead, from eldritch depths, through a subtle electro section, Gray’s patterns mimicking the breakbeats of drum ‘n’ bass, before finally climaxing in an extended progressive death metal instrumental section is utterly unique. The hint of electronics on this track is a thread that runs through the album as a whole, and a tantalising glimpse of a set of influences that run rather deeper than the obvious metallic touchpoints. This thread is audible through the ghostly interlude ‘The Goat’, and ambient outro ‘The Blood’ and although the band use these sounds cautiously on Rape Of The Bastard Nazarene, they are well-integrated enough into the Akercocke sound that they do not feel jarring or incongruous.

In fact, nothing on this ambitious debut feels out of place, even if it does not all quite hit the heights of ‘Nadja’ and ‘Justine’. In ‘Zuleika’, Akercocke give us the only track on the album that feels like a demo-level recording. The somewhat stock riffs fail to take flight and inspire in the way that they do elsewhere, and overall the song lacks the distinct personality that ordinarily makes the band’s music so memorable. Despite this though, the slightly unclassifiable blackened death metal is reminiscent of such legendary oddities as Mystifier and Root, and thus helpfully serves to connect Akercocke with the more obscure reaches of the extreme metal underground, burnishing their metal credentials, and again displays a wide-range of less obvious influences. Additionally, although the strength of the material renders it a trivial problem, the production is inconsistent at best. While at no point is it poor enough to prevent the band’s many ideas from connecting with the listener, it would be of minimal surprise to discover that Gray’s drum parts were the recorded sound of him pounding wet cardboard, and although the drum patterns themselves are outstanding, they don’t quite drive the band forward with the taut energy that the songs deserve.

These criticisms are minor complaints though, which do little to diminish the enjoyment of a supremely confident debut. Akercocke play with the kind of dismissive arrogance that one should expect from devoted Satanists, and fortunately the quality of the material matches the intent of the delivery. Even in the early stages of their career, the band have a firm grasp on the art of channelling their vision into hook-laden songwriting, while keeping things interesting via continual tempo shifts, and subtle rhythmic changes. Their riffs and melodies are often breathtakingly intricate, but although the band impress with their technical proficiency, they also clearly recognise the value of dropping into a ferocious d-beat tremolo riff to allow the listener to bang as well as scratch their head; combining beauty with brutality to thrilling effect. In their more experimental moments, they are also able to generate captivating metal from less obvious ingredients. The droning, almost ritualistic discordance of ‘Marguerite & Gretchen’ sounds familiar now, in a modern black metal scene populated by the likes of The Ruins Of Beverast and Schammasch, but in 1999 this was hugely innovative and unconventional, and it has barely dated in the years that have followed, much like the vast majority of a masterful album. Akercocke would go on to make better records, but Rape Of The Bastard Nazarene retains the magick that it radiated on its release, and remains a landmark in extreme metal, as well as the first step in an endlessly impressive career.