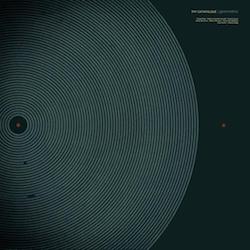 Wow, I'm lost for words! Well, I'm usually anyway, due to my extremely limited vocabulary but this is something so beautiful that no amount of human exaltation or actions can accredit thoroughly (hmmm…….then why bother to write this review?!). Jazz fused with black metal (vocally in some instances), nu-metal, hard rock, folk music, technical progressive metal, dark synth-wave, melodic metal, 1940’s blues, stoner death/doom; the list goes on. What a piece of work this is; though the drumming is programmed, you rarely even contemplate it during the 55 minutes of its interstellar existence. Geometria draws inspiration from possibly every musical sound ever created and perhaps even every musical genre. This is just a timeless expedition far beyond the realms of outer space; touching and exceeding the barriers of the psychological cosmic perception and the bewildering science responsible for the engineering of all that is metaphysical. Here’s the problem; this is indeed experimental to the point where the experimental factor far exceeds and almost totally erases any aspect/s of black metal. Henceforth I cannot rate and/or review it as an “experimental black metal” effort; I have opted to review it as plainly music.

It's almost impossible to highlight or even speak about any track thoroughly and exclusively; doing this would mean I would have to reveal my thoughts about every song on the album due to the monumental quantity of diversity each offers (I'm not speaking lightly when I say ‘monumental quantity’). At first, when I saw the time limit on Geometria I immediately thought to myself “oh dear, 55 minutes of avant-garde music, here goes”. I pressed the play button and before I could realize it, “Hajnali csillag” being the 8-minute marvel it is, vanished before I could even grasp what I was absorbed in. Henceforth; every song on Geometria duplicated this déjà vu effect without a single time having the decency of freeing me from my state of splendid sublime solar systematized servitude. I was drawn into a daze of diligently displayed devilry that intensified my delight as time traveled tamely along its trajectory. One thing I am certain of is, I did get a strong Animals As Leaders feeling on the track “Szamojéd freskó” though not as technical in that sense, however, sound-wise; yes. The song after “Szamojéd freskó” being “Töltés” is what one would term as a remixed version of the prior that was remarkable, to say the least. I love the singing that is scattered unsuspectingly throughout Geometria; particularly the sweet female vocals that capture, reconstruct and redistribute, yet preserve the enigmatic elements of the enticing energy being enveloped. The clean male vocals are decent but are no match for whoever contributed feminine singing.

This is a superb celestial output by Thy Catafalque that reaches astronomical heights musically. It explores the outer galactic regions in blissful torment and similarly to some albums I’ve reviewed, Geometria will evoke a false sense of time. The production is crisp thus reinforcing an already enjoyable listening experience. The few lyrics available that I did manage to read (because I don’t own a physical copy) obliged me to examine down to the most microscopic detail and think thoroughly before formulating conclusions about anything. I’m at the point where I believe I’ve said all that I can about Geometria to the best of my ability; mind you, my deplorable vocabulary skills were put to work and tested here. However; I believe there is something I’m not saying that may speak on behalf of Geometria by Tamás Kátai’s solo project, Thy Catafalque; maybe a line by Judas Priest would do the job;

“He said in the cosmos is a single sonic sound that is vibrating constantly.
If we could grip and hold on to the note, we would see our minds were free.”