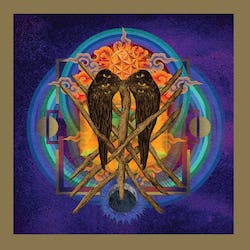 YOB performs a slowly building form of doom. Lots of moments of their songs are repetitive and build up to a huge climax. Some of the tracks like Beauty in Falling Leaves follow a slightly more unpredictable nature and go through more interesting changes. At the start of the album I thought the album would be repeating ideas over and over, but it got a bit more interesting as it progressed. The songs are still fairly slow, but not at the level of funeral doom. They build upon a key idea for a long period of time.

The vocals are strange and overlap the music in a unique and original way. The guitars are epic, but do start to sound too similar to each other after a while. One would wish the band would move things in more interesting directions than they do. For this type of doom, however, this is still one of the highlights of the year. It has an emotional presence that is hard to top and makes the album have a moody impact upon the listener. This is really atmospheric music even if it seems somewhat one-dimensional at times. It is fairly simplistic, yet epic in scope and nature. The somewhat meanderingly long nature of the tracks makes them appealing because they build upon a mood so well.

There is also a good deal of variety to be found here with each track offering something different than the rest. The entire of collection of songs is impressive. I still don’t think this is the best album of the year, like a well known publication does, but it is a very strong work. Those looking for a slow burning doom album will find a lot to like with Our Raw Heart. It has a grand atmosphere and really builds upon its ideas nicely.