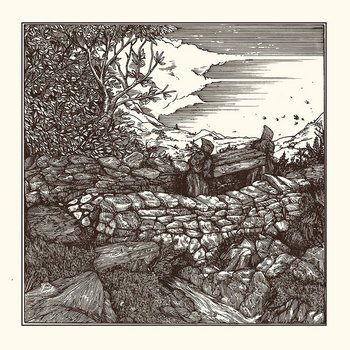 This album is something else and I've been listening to doom in general for a long ass time. As a teen I listened to Novembers Doom, Swallow the Sun, Amorphis and other similar bands and this album is right up my alley. Mire has the strong death aspect to it that I've always enjoyed, sometimes even pushing the boundaries of what I would be willing to put into a purely "doom" or "sludge" playlist. This is faster and angrier than typical for the genre; it really is pushing against the boundaries in a good way. Even at its heaviest the overall feel of the tracks still conveys brooding and despair, it's not straight up bravado.

Conjurer are clearly taking inspiration from quite a few genres with this debut LP. It often alternates between black metal and death metal influenced doom with a healthy dose of metallic hardcore akin to Code Orange or Converge thrown in to keep it fresh. This might throw a lot of metal enthusiasts off, but it works really well, it reminds me of Neurosis or Centurions Ghost at times.

The vocals are solid, for the most part it's variations on death vocals, sometimes layered over each other to great effect. One of the biggest ways this release differs from the rest within the sludge/doom genre is that it's focus is on aggression. It does not want to let up and if it does, it's for a short amount of time to build up the power to rip your face off all over again. This is doom with blast beats and it's beautiful.

A stand out track for me is 'Retch', the shortest on the LP but it kicks like hell. It opens with an old school blackened thrash assault and evens out into a groove that sums up the whole album very nicely. There's no wasted time. None of the tracks go longer than they should, there's no intermission or filler. Every second of each song contributes to what is possibly the heaviest album of 2018. Not heavy in a noisy way, but like an iceberg... an iceberg with teeth and malicious intent.

This album is exactly where I want the future of sludge/doom to be going and I could not be more excited for their second LP.

Conjurer performs a very different take on the sludge genre with their new album Mire.  There is the Neurosis post-metal aspect to the band, that offers a bleak view of the surroundings, but there is a different edge to the band that pushes them in a number of different directions.  The band throws in variety at many points on the release and it makes things twist and turn in interesting new directions.  The band is heavy and sludgy at many points of the release, but the added diversity makes their sound more complex and appealing.  The speed of the band is mid paced, but there are slower and faster sections.

The riffs are fresh and exciting and bring another dimension to the post-metal genre.   The grimy feel of the album is maintained for large portions of the disc, but the band does slow things down for more atmospheric sections nicely.  The amount of variation is what keeps this album constantly interesting, but for those looking to just get pummeled by huge riffs there are a number of those too.  The extra ingredient atop the usual Neurosis style of performance means the band is able to reach an even wider audience and stretch things out even further.  The track Hollow offers a nice choice for the standout track as it has slower and faster sections and a ton of variety.  This band has made its way into the higher portions of my favourite albums of the year and it’s not hard to see why.  They bring that classic sludge to the table, but vary things up so much that they create and interesting concotion for all to witness.

This is the best post-metal album released so far in 2018 besides Agrimonia’s Awaken and it will be tough for others of the genre to match it over the rest of the year. This is excellent stuff.