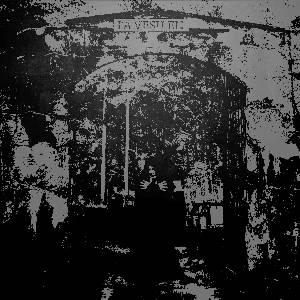 I tend to keep away from raw black metal because some bands within the genre disguise their lack of musical understanding and instrumental competency under the term “raw”. I’ve heard quite a bit of this so called “raw” black metal in which has some of the most amateur shit you will ever hear in black metal and music in general. Indeed, amateur is the ideal word to describe many bands residing under the disguise of “raw” black metal. It’s that one man, homemade MRE version of metal that is just a can of Campbell’s chicken noodle soup or a Bridgford Cinnamon bun; bland and fucking disgusting. Also the fact that most of them do the Darkthrone thing doesn’t help in terms of their identity; and if you’re wondering what the Darkthrone “thing” is, take a brief listen to Under a Funeral Moon or Transylvanian Hunger. However, to my surprise I have discovered two acts within the genre that have a considerable degree of talent that is for the most part absent given the bands I have heard thus far; most of which are so irrelevant I can’t even remember their names. All I’m aware of is, most of what I have encountered under the moniker is an endless lacuna of pungent regurgitation; some paradox isn’t it.

Pa Vesh En of Belarus and Temple Moon of the United Kingdom joined forces with the ever growing Iron Bonehead Records to compose 10 tracks of occult madness. 38 minutes of magic and malice awaits the listener on this split LP. This endeavor is by far the one of best raw black metal records to have emerged in more than 2 decades. Pa Vesh En and Temple Moon have delivered something so foul that I have no choice but to categorize this oblation with the excellence that is Ieschure, whom had released The Shadow in 2015 and whom also reside within the haunted realms of Iron Bonehead Records; why am I not surprised? The Pa Vesh En side of the split has a thick, claustrophobic, murky sound that truly seizes the entrancing air of enchantment being output during mixture of the lofi drums, blurring guitars, wailing and gaping screams. Melody is given a more than decent amount of accentuation during Pa Vesh En’s portion and does a noteworthy job of effectuating the flow of the ritual in practice. I find Pa Vesh En’s methodology to be somewhat unorthodox, a diversion from archetypal constraints given the incorporation of a relatively doomy pace on the track “Damnation and the Witch”. I did notice “Last Episode” has a very post-core riff during the beginning at the 1:16 time stamp; it sounded like something I’ve heard before; by the way, who is that I hear saying "something strong"?, is that Lilita Arndt of Ieschure?, it surely sounds so. However, it worked well and did give an added punch to the sound and miscellany of the record.

Temple Moon’s side is vastly different from Pa Vesh En’s, both in vocal output and overall sound. And yes, Temple Moon does the Darkthrone thing, but with loud vocal screams and the added effect of echoing tones, dark synthesizers and acoustic guitar interventions that can be pointed out on songs such as “Ceremonial Decay” and “Maze of Decrepit Trees”. That is my definition of drawing influence as opposed to copying, thus leaving no room for individuality and improvisation. The contrast in sound is very strong compared to Pa Vesh En’s side; one can hear the snare drum and screams being brusquely enunciated with a greater sense of lucidity. With Temple Moon I get the sense that this is a much more sincere and stalwart black metal act than most newly formed. This is attributed to the way in which the music is played and arranged; it beckons a more serious, earnest and critical musical conscious than that of a plethora of new entities and older ones that come across as nonsensical. Temple Moon gives a whole-hearted performance on the split and does well at providing soothing landscapes filled with inordinate screaming vocals. It is a worthwhile experience listening to the performance of both bands featured on this collaborative effort. Iron Bonehead have found 2 more great bands that have showcased diligence when making underground black metal that has been challenged only by a small quantity of bands of the breed.