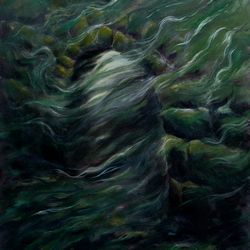 Barús is a French progressive death metal band that mixes influences of black metal and technical death metal with some semi-distorted guitar tones. Even more, their style of prog/death is rather perplexed and leans towards the Avant Garde tag to some extent. Drowned is the band’s debut full length which follows their first self-titled effort put out in 2015. I have not had the chance to hear that record but after hearing Drowned I am looking forward to. Their sound could be deemed as an intense, intricate, rhythmic and ambient form of progressive death metal. Their performance on Drowned is outstanding for the most part but is not free of faults. Nevertheless, what has been given here is a very crafty and passionate session of music that could be seen as one of 2018s shining stars. I can perceive the material here being followed up, given the opportunity to expand on their sound and even experiment is certainly present as a result of the stellar musicianship.

What Barús do is create a contrast of harsh yet soothingly groovy landscapes that have the tantalizing tingle of class. Drowned is outstanding, technical, however, still approachable to the average listener. There's enough enjoyment to be had from songs ‘Descry’, ‘Graze’ and ‘Engorge to name some. The drumming, riffing and vocals all fall into place, there is build towards climax and nearly all songs appear eventful. There are a few Adam 'Nergal' influences scattered throughout the record, growls are deep in keeping with the death metal tone but also the progressive elements are merged effectively. ‘Graze’ is geared towards the death/doom metal genre in the early moments but still has a predominantly progressive and technical character during the height of its intensity. Even when steering the different genres used, their ability doesn’t resemble a clumsy effort; rather, one that is intrinsic to the band members; hence the flow is rarely hindered by questionable instrumental decisions. Also, the songs here have a flow as though they were recorded live; thus, the material reeks of immersion. I found the black metal instrumental aspect to be the ideal contrast from the moderately slow sections on Drowned; they added a bit more variety, urgency, climax and overall appeal to the music. Such as on ‘Vitiate’ that uses tremolo picking and black metal blast beats to boost the momentum and offset the listener. It’s the most linear song on the album but does a more than decent job at setting the stage for the ambient interlude on ‘Benumb’.

My only problem with this album is that its length dissipates the interest factor that was accomplished on the record. From tracks 1 through 7 had a good flow with all the diversity occurring; with the introduction of ‘Perpetrate’ followed by ‘Forsake’, the record began repeating itself, compositional ideas appeared to be depleted and whatever the later portion of the record was trying to accomplish had been achieved through tracks 1-7 with ‘Engorge’, ‘Graze’ and ‘Dissever’ being the primary highlights of those moments. The record could have ended with ‘Benumb’ which would have been ideal for a debut offering of this sort in keeping the music short and free of run-on filler the weight of having to bring something new, enjoyable and momentum-keeping was beginning to tell once 'Perpetrate' and ‘Forsake’ had entered. As a combination they spanned 16+ minutes but really did not do much to prove they were better than the prior installments; if anything, they came across as unnecessary and poorly executed. Thus, Drowned became a bit difficult to listen to. Usually I'm not this critical on a debut, but I am here because I'm of the belief Drowned possessed the potential to be significantly more than what it currently is. Therefore, I see Barús becoming a leading figure in Avant Garde progressive death metal with the progression of time.