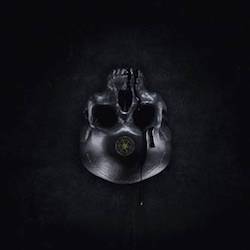 Seems like another band decided to release a full-length album 6 years after their previous one. Although we had EP in 2016 to sweeten the long waiting period, with 3 quite good tracks and "Tremor" which was more of an instrumental intermission. And the band liked "Requiem" track enough to tweak it a little and put it as the last track on Eclipse album.

But let's get back to basics. How does Diabolical sound now? Well, their style has been enhanced by a lot of new elements. Obviously the first that is the most visible, or I should rather say, hearable element is clean vocals, comparable to what Enslaved is doing. Very interesting addition to their usual death metal riffs and growling. Another addition - choirs. Goes well with this material. I can hear some echoes of In Mourning here (not sure which band is inspired by another, could be the other way), some Insomnium and some elements that are slightly progressive. So to sum it up - Diabolical changed a bit, leaning more towards symphonic and progressive playing.

The first two tracks, "We are Diabolical" and "Betrayal" got videos and both are fantastic tracks to open the album. If you add "Black Sun" you have the full reveal of new Diabolical with the remaining tracks being within the same style with occasional riffs reminding the old Diabolical style, like in "Failure" for example. "Hunter" is slightly longer, with more unusual elements, especially a bit jazzy ending, or at least that's how it sounds to me. Then we have "Tyranni", which is basically an instrumental intermission, preparing for last two big tracks - "The Fire Within" and "Requiem", tracks that are more dignified, majestic even.

It's very hard for me to pick any favourites here. The whole album definitely shows it's still Diabolical, but more evolved and more rich. It's one of these albums where I think it's better to listen to it whole, not skipping any of these songs. You have everything here - their trademark death metal riffs, powerful vocals, very good rhythm section with good blast-beats moments, but it's all enhanced by all of the elements I mentioned before. Not all tracks are probably good to play live due to longer slow passages, but it's a perfect thing to sit down at home, put your headphones on and let your thoughts drift to depths of diabolical soul and explore the darkness within it.

Very good position this year, has enough edge and melody to be quite good contender to the title of the album of the year.