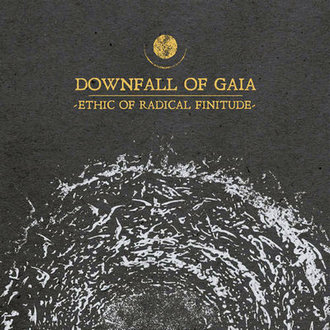 Buy on: Bandcamp
Type: Full-Length
Release Date: February 8th, 2019
Label: Metal Blade Records
Genre: Atmospheric, Black, Sludge
1 Seduced By...
2 The Grotesque Illusion Of Being
3 We Pursue The Serpent Of Time
4 Guided Through A Starless Night
5 As Our Bones Break To The Dance
6 Of Withering Violet Leaves
MetalBite on YouTube

So, I guess metalheads will listen to Underoath if it’s got a little bit of extra blasting and less clean singing, eh? I’m only partially kidding, the inflection the vocalist put on a lot of his screams (it kind of sounds like he’s opening and closing his mouth in a ouuuwaaa kind of noise, mo matter the lyric) has a lot of overlap with Spencer Chamberlain’s tone when he’s at his most dramatic. Behind a black metal backdrop, it fades in the mix a lot easier and settles into the aesthetic as less grating. This is a German band, so you probably know the deal if you’ve read a few of my reviews up until this point: this is likely going to be solid, but not extraordinary. That region tends to churn out some great post-black stuff, though, not necessarily from Germany itself but in neighboring countries: Austria has Harakiri for the Sky and Agrypnie, and Belgium has Oathbreaker, just to name a few. Downfall of Gaia have been at it for quite a while at this point, but they’ve somehow flown under my radar until now despite being signed to a major label.

On Ethic of Radical Finitude (great album title), Downfall of Gaia attempt to blend the crushing and the bombastic. Flurries of powerful, uplifting reverberated riffs are broken up by long stretches of near silence with everything from gentle, drifting leads to spoken word sections overtop to add a bit of extra frills onto the atmosphere. Some sections start off with that lingering echo that Agalloch was so fond of using before slowly stacking some extra things on top of its post-rock style. Both the lighter, slow buildups and big black metal sections that flirt with major keys and thick harmonies are well done in their own right, but I find they exist in their own separate realms in the music and don’t do a lot to feed off each other. There’s lots of points where a very brief divergence back into more ambient territory would give a much greater impact to the ongoing riff, but I find songs tend to be written in these massive, blockish sections that sometimes take a long while to sit through. That’s partially due to the music having post-rock influence in the songwriting, but also due to the band not using their full range of motion with any one individual segment of a song.

This kind of reminds me of Ghost Bath in that it gives off a very distraught, emotional vibe, but it doesn’t seem like it has anything in particular to be emotional about. They are really sad about…their wistful philosophical rumination allowing them to have some sort of deep, dark insight, I guess? Something about the way the songs are written is very jumpy and is causes the grandiosity of some of these riffs to be cheapened to me a bit, even if they’re pretty good in isolation - a riff is only as good as the riffs that surround it, after all. There’s also a nice glossy sheen and an aversion to anything particularly weird - you get the sense these guys all wear pea coats and want to rock the “sophisticated metalhead” vibe.

I guess I just don’t get the same sense of conviction behind Ethic of Radical Finitude that permeated out of some of the earlier albums that seemed to draw people’s attention to this band. Perhaps they’re just getting a bit too comfortable with their sound and haven’t really found any new ways to push it further, but that doesn’t necessarily mean you have to go and record a whole new album. Maybe that’s the downside of being on a big label - I dunno if these guys have some sort of deadline they have to release albums by or something, as they appear to be on a steady two-ish year rotation. It certainly seems like this album feels a bit rushed, or at least it just feels like another album, and not like the band was trying to make it seem like anything beyond that. As post-black metal should generally be larger than life, the fact that this is competent, but rather ordinary, makes Ethic of Radical Finitude a bit disappointing.