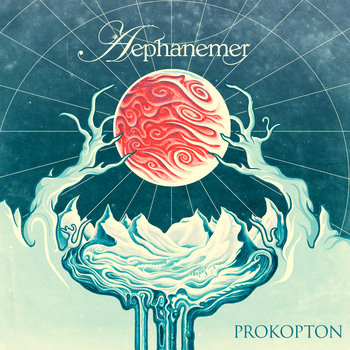 Aephanemer perform a type of melodic death metal that has a very strong folk presence.  The music here has almost as much in common with a band like Manegarm as it does a band like Insomnium.  The result is a lively and full of life recording.  The songs here bleed energy and substance.  Still, despite the very lively nature of the band they fail to surpass the best of modern death metal because there is simply not enough original music to be found here.  It does a good job bringing along a head banging presence, but you won’t be enjoying this as much as even middle tier albums from Omnium Gatherum, Dark Tranquillity and Insomnium.

The band does bring some symphonic elements in the mix as can be seen from tracks like The Sovereign, but these are still not enough to elevate them above other melodic death metal.  Instead, we should just enjoy the music for the well crafted nature it brings forth.  The songs here are certainly catchy and accessible enough, whilst have a hint of complexity to add to their overall aura.  The result is a strong album and one that is a lot of fun to listen to.  One just can’t help overcoming the feeling that this has been done before and better at that.  The addition of small elments of a classical nature does add an extra dimension to the disc.