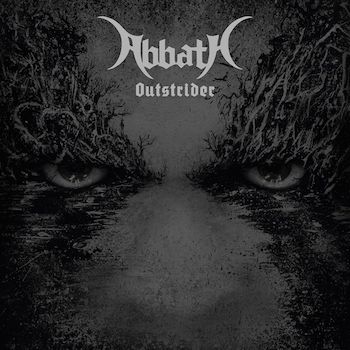 I’ve always kind of felt that the Abbath/Immortal split ended up being beneficial for both sides. It was clear that the hook-laden arena rock stuff was mostly the doing of the former, whereas the remaining members wanted a bit more of a serious and intense thing. Now that they’re separated, they can focus on their respective strengths, and it shows: Abbath’s self-titled debut and "Northern Chaos Gods" are both stronger albums than "All Shall Fall". If you asked me to pick a favorite between those two, though, with a gun to my head I’d probably side with Immortal. I do appreciate the overt accessibility of Abbath and it’s got some killer songs, but overall it does feel a bit more rushed and uneven than "Northern Chaos Gods", which was a purposeful and carefully thought-out torrential downpour of frosty riffs n’ blasts. Immortal may have won the first battle, but the war is far from over, and with Outstrider Abbath sounds pissed and determined to come out of the gate swinging.

That’s the main thing you notice at first listen - Outstrider is harsh, thin and aggressive compared to the rich rumble and easygoing double-bass of the debut. Abbath has squeezed most of the croakiness out of his trademark croak in order to give this some extra bite, and sounds more like a conventional black metal vocalist than he ever has. That might be a turnoff for longtime fans, but don’t worry, you can still tell it’s him, there’s just a bit more prickle in them than usual (could just be a production thing). The riffs feel like they’re attacking you a bit more and tie into one another while doing so, whereas the self-titled debut had more of this “hey here’s some cool riffs I’ve been sitting on for a while” vibe. Outstrider is an album written with focus, direction, and some attention given to the space in between the tracks. Even with the extra dollop of anger and determination here, though, this still retains most, if not all of the inherent catchiness of the riffing. Abbath has a damn good ear for hooks, always has, and it’s basically impossible for him to write unmemorable riffs. The title track, 'Harvest Pyre' and a couple of others have some signature moments that will appease any Abbath/Immortal fan, or anyone who likes catchy melodic black metal.

While it’s pretty clear who the brains and the driving force behind this band is, it would be unfair to downplay the contributions of the other musicians, particularly the drummer. Ukri Suvilehto is a young gun playing with some pretty big dogs for a 24-year-old, but god DAMN this dude has groove. He does this thing where he plays a catchy rock beat for the first verse, and then the second time that it comes in he plays the same beat with double-kick underneath it and oh my god it sounds absolutely delicious. The composition of the drumming in 'Harvest Pyre' seriously gives me chills. It’s not showoffy or anything, it’s just exactly what it needs to be and has equal parts swagger and clinical precision. In short: this guy is good. Better than the last guy by far, and I sincerely hope he’s made the lineup permanently. This dude was drumming live for Before the Dawn when he was fucking 18! The extra hits and fills he can fit into a riff that the last guy couldn’t play a major role in Abbath stepping up the intensity on this album.

It’s incredibly ironic, but it looks like Abbath improved by changing their sound to be more like Immortal. Going back to more conventional black metal as opposed to wiffly pop-black serves the weaker, less memorable tracks on the album much better. The standout singles are still the standout singles, and there’s a couple of tracks that are clearly better than the others on Outstrider, in all fairness, but I prefer a backdrop of aggression to a backdrop of catchiness that’s slightly less catchy than the catchiness you just heard. As far as the heavyweights are concerned, Abbath is leading the pack in 2019. Hopefully the dude makes good progress in his recovery so he can get back on the road soon.