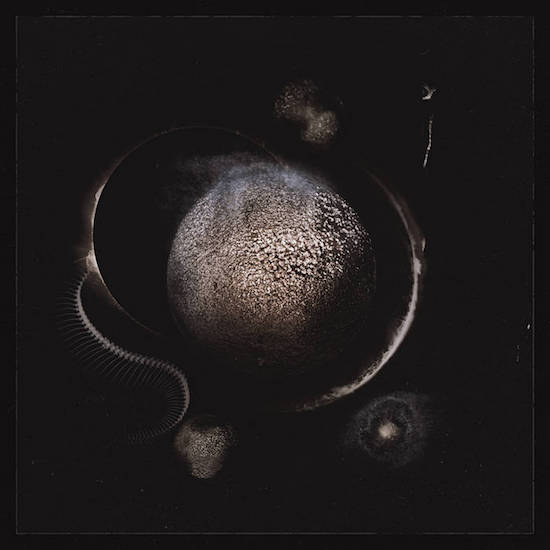 Belgian black metal titans Enthroned are a band that needs no introductions. Since making their mark and becoming one of the premiere acts from Belgium, the band has been through various drastic changes in their sound and image and after 5 years since their underrated modern opus Sovereigns the band returns with their most ambitious and darkest album yet.

Cold Black Suns is the perfect title for this album and perfectly encapsulates the overall sound and atmosphere the band set out to creat. In a recent interview Nornagest described this album as being a hybrid of sorts of their old school style and more modern style of black metal, creating a sound that’s equal parts punishing and ritualistic. It’s by far Enthroned’s most experimental and unique album to date. The album starts strong with "Ophiusa" and "Hosanna Satana" which give the overall feel of the album. "Ophiusa" is an instrumental and very foreboding track whereas "Hosanna Satana" is an unrelenting dirge in classical black metal fashion. The entire album has this pacing of songs creating a ritualistic and menacing atmosphere before going straight to the jugular so to speak, giving the album a strong sense of impact when the heavier and more violent tracks and sections of songs begin. Lyrically the album also goes as string as the music, ever since Nornagest became the band’s frontman and main lyricist the band took a darker approach to their lyrics and this album is no exception. It’s (in Nornagest’s own words) an exploration of the dark side from the perspectives of various different cultures, it goes hand in hand with the music, making this easily the best written and most thoughtful lyrics Enthroned has done.

The album succeeds in what Nornagest described in interviews prior to the album’s release and accompanied by solid performances from all band members wherein each of the band members and Nornagest himself get the spotlight in equal parts. The chemistry and sense of unity the band accomplished musically is what makes this album so enjoyable, all the instruments shine and none of them feel wasted or lost in the background, the last album where I noticed this same level of dedication from all the band members was “XES Haereticum” when Lord Sabathan was still in the band. All in all and with all the elements I mentioned make Cold Black Suns easily the best album this era of Enthroned has delivered.

That being said, while this albums excellent and the best Enthroned has delivered in this decade one thing that I have to mention is something that Enthroned has always had issues with even in their heyday which is their production. It’s not bad by any means, its’ actually very decent and well crafted, all the instruments sound good but herein lies the problem, the production is too clean and at times sterile, granted it’s not as bad as some other black metal bands with a clean and insipid production (this thankfully isn’t mid 2000’s Cradle of Filth or worse modern day Gorgoroth) but it’s a notable issue that continues to plague Enthroned since at least The Apocalypse Manifesto. I’m not saying that they should go full “Transylvanian Hunger” mode but I believe having a more gritty and less clean production would do wonders for their new sound.