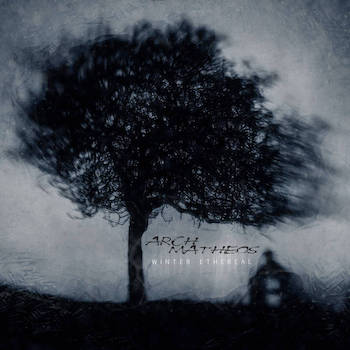 This album has the imprint of John Arch and Jim Matheos all over it, though it features a number of other excellent musicians as well.  Arch’s characteristic high pitched and nasally croon nicely fits over the top of these tracks.  There is a wonderful atmosphere that the album title nicely reflects in the wintery tone of the songs.  There is a definite throwback to the older Fates Warning material, but nicely put within a more modern context.

The songs here are tight and well constructed pieces that run for a reasonably long run time to get their point across.  The glory times of Fates Warning have been updated for the present time and are done more effectively than even the band Fates Warning are capable of these days.  There is an extensive use of dramatic dynamics to make things as interesting as possible.  The guitars are done nicely and have a lot of shifts and changes associated with them.  However, it is John Arch’s voice that is the biggest high point on the album.  He sounds like a man half his age on these songs and his voice only accentuates the songs instead of dragging them down.  Could this album be even better?  Yes.  Despite being progressive, the songs could be even more so and more intricate than they are.  There is still a reasonable amount of complexity to be found here.  Also, the songs aren’t quite as memorable as those from the Awaken the Guardian era and take more time to wrap your head around.

The experience is infinitely worth it, however, as this is one of the best albums of the year.  It has the right atmosphere to pull the listener in at any time and makes for a grand listen that comes to an epic close with Kindred Spirits.  With a few improvements the band could be even better and produce some of the most exciting music of this generation.  Regardless, Winter Ethereal is an excellent release and one that must be checked out by fans of John Arch and Jim Matheos and the early material by Fates Warning featuring Arch.