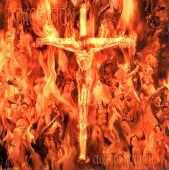 Type: Full-Length
Release Date: 2000
Label: Metal Blade Records
Genre: Death
1 Higher Coward
2 Father, You're Not A Father
3 Furthest From The Truth
4 Fall From A High Place
5 Unpardonable Sin
6 Lost Passion
7 Put My Hand In The Fire
8 Close To A World Below
MetalBite on YouTube

Finally we have an Immolation album that was released one year after the previous one. And what a piece of music it is. What really amazes me is that material on "Close To A World Below", even though produced in less time than any other Immolation album, is better than ever before. I just have one piece of advice for the band: Release albums every year, damn it!

Always in shadow of big brothers like Morbid Angel or Cannibal Corpse (although not any more!), Immolation’s 'Close To A World Below' belongs to one of the best releases in death metal sector of the year 2000. What can I say about this album? Let’s start by saying that if you had attention deficit problems prior to listening to this album, you might need professional care afterward!


In the guitar department, Thomas Wilkinson & Robert Vigna take you on an insane and complex trip through the madhouse where drummer Alex Hernandez with ultrasonic speed will pound your head with a baseball bat and Ross Dolan will scream, moan and growl until you see monkeys take over the world. (I had to do it for 'Atomic', he loves them. Monkeys, of course!) I tell you, it’s a beautiful feeling knowing that there are bands like Immolation that create brutal but also atmospherically insane music without using keyboards or any special effects; just a little headbanger’s how-to-create-a-band tool kit - guitars and drums. Just beautiful!


"Close To A World Below" should be Immolation’s final break-through, which they fully deserve and have my absolute support. Album not recommended to people with short attention spans.