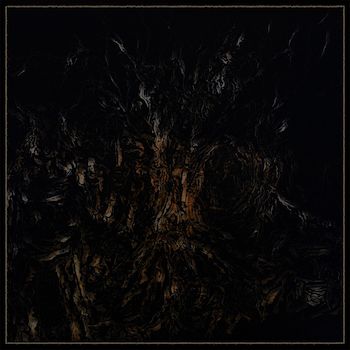 Black/doomed out metal with an appeasing tug at cavernous death metal greets us; summoned by Iron Bonehead, another band holding prominence within the Helvetic Underground Committee, Arkhaaik. Their debut entry *dʰg̑ʰm̥tós gathers and folds the mystique of black metal, death metal and splashes the banquet of doom metal across the topography. Sung in an antiquated patois of Indo-Europe, *dʰg̑ʰm̥tós and particularly Arkhaaik take a step away from the restrains of the norm. This is an ancient, haunting, mysterious, transgressive and trance inducing piece of music. It shines as a branch of true elitism in shunning and pitifully staring down upon those whom still follow and adopt the failed traits of a failed god. Having somehow managed to gather the script and understanding of such an antiquated language that could fall under any of the 10 branches of Indo-European dialects, it must have been a very exhaustive feat, thus giving attestation to Arkhaaik’s will and dedication to concoct an earnest benefaction. After conducting some research of my own, the findings point toward either Vedic Sanskrit or Lycian being used as the speech on *dʰg̑ʰm̥tós.

Immediately after hearing *dʰg̑ʰm̥tós I thought of Lykhaeon (which is also an aplomb element sheltered by the Helvetic Underground Committee) and Temple Nightside. I recognized those howling vocals from "Ominous Eradication of Anguished Souls" and to an extent the riffs share common ground with those of "Re-condemnation" by Temple Nightside. I would not be surprised if this is either a collaborative effort by members of the afore mentioned bands or another entity created and constituted exclusively by members of Lykhaeon. *dʰg̑ʰm̥tós shares the aspects of a ritualistic piece, possessing haunting passages of ancient chanting, cavernous death metal growls, scaling guitars and fluid mid-tempo drumming supporting the blackened reverie. An intro track of 16 minutes feels like a full-blown album in a positive sense; it is very cryptic albeit sung in an antiquated tongue nathless clenches to the charm of HM-2 distortion and pessimistic landscapes. Sudden changes are introduced that immediately affect the outlook of the music. These affixed elements confront each other in their frequenting disposition while still remaining connected.

Already possessing the power to be a heavyweight of 2019, “u̯rsn̥gwhé̄n” enters as the final track in giving a majestic blow of the ancients. For those of you familiar with Temple Nightside’s “Dagger of Necromantic Decay (Eater of Hearts)” a modified version of a guitar lick heard on such sits in high command on this final entry. Arkhaaik knows just when to unshackle the death metal, just giving the ritualistic chants a heightened threatening climate. Groovy patterns also take shape and begin to ferment on “u̯rsn̥gwhé̄n” and sounds like it is dragging the listener down a hole of confusion. Arkhaaik is heading for the gold, this distance already created with *dʰg̑ʰm̥tós sets them leagues ahead conventional black/death metal. Though you get roughly 26 minutes of music and an interlude serving as the coagulating ingredient, *dʰg̑ʰm̥tós resembles a compendious exploit that reaches for noble heights.