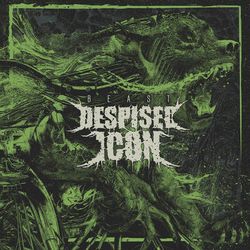 So, after a 7-year absence, the boys from Montreal return with their 5th studio album, a follow up to the excellent Day of Mourning.

What are these guys, anyway? Are they deathcore? Death metal? And more importantly, does this shit even matter anymore? But whatever you want to call it, Beast is a slab of furious metal done extremely well. However, in order to enjoy this, you must also enjoy some groove, because this album has its fair number of bouncy riffs. But that’s certainly not a bad thing, especially when they are done right, like they are on here.

“The Aftermath” roars out of your speakers with a style of album opener that I absolutely love, and that style is getting straight to the point. A short guitar and vocal intro, following what sounds like nothing short of hell breaking loose inside your head. And what a glorious, mighty sound it is.

The Montreal outfit sound better than ever in my opinion, with the production and mix being air lock tight. The guitars sound thick and meaty, the bass rumbles your head, and the drums also sound fantastic, serving the music properly - not too high or low in the mix. A lot of bands seem to still get this wrong these days. Guys, the way your overall mix sounds more important than your individual performances. A lot of times the drums will be way too high in the mix, or way too low. Neither of those is good. But this. this is good.

Song writing is solid throughout, with a tasteful mix of guitar work, blending the grind with catchy, bouncy riffs. I think this formula works quite well when done right as it’s hard to pull off without sounding douchey, but Despised Icon are pretty much masters at their craft by now. They’ve been around a good while, but despite that, the band seems to gel well together to craft these (in their own right) complicated songs. I’m not going to get into individual performances, but each band member pulls their weight quite well.

Though the album does have weak points, such as the ending to “Grind Forever”, which is just tedious and doesn’t offer much. The lyrics? Despised Icon have never been a band that have interested me with their lyrics. While not terrible or even band, it’s just something you could do without. The running time is also just 29 minutes; however, I find that quite suitable for an album such as this. Don’t let it fool you - it’s actually quite dense, and packed tight.

However, don’t think how I didn’t notice that the first breakdown riff in “The Aftermath” is almost exactly the same as the riff in “A Fractured Hand” off of 2007’s The Ill’s of Modern Man, just in a different tuning.

I hope they keep up the pace and we can see a new album fairly soon. This is very easily good enough that these guys will be on my close radar from now on.

Overall a tasteful and enjoyable mix of some quality deathcore. Death metal. Extreme metal. Whatever. Quality metal. There you go.