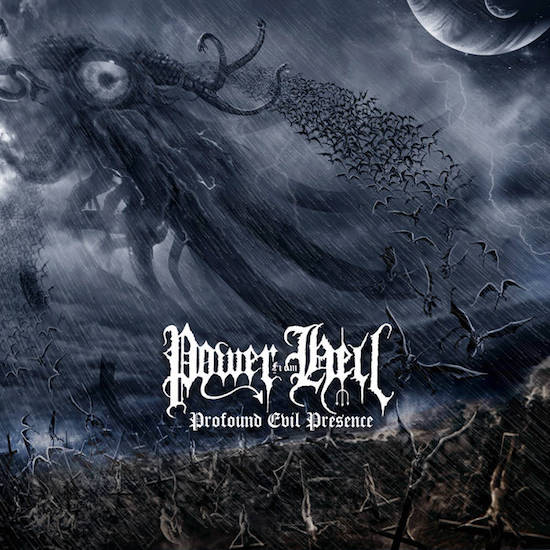 It's always nice to see a band growing up - naturally only as long as it sticks to its guns. Power from Hell is one of these formations. Once a one-man-project, now a real group; this alone is a positive aspect. It gives the unit a more organic appearance, even though band founder Sodomic is still the only songwriter. But let's see what the next album will bring. Either way, Power from Hell sound less childish than on their early albums. Their last six track release already indicated the new direction and the fact that they have abandoned their bondage artworks is slightly sad for sadomasochists, but it also points in the right direction.

What can we expect from the "new" Power from Hell? They still stand firmly with both feet on the ground of the blackened thrash territory. Nevertheless, the songs are somehow smoother than before, they flow excellently and add a new facet to the image of the Brazilians. Norwegian black thrashers usually focus on nastiness, German bands of this sub-genre love to score with stubbornness. Power from Hell romp around this stylistic playground with a certain elegance. They are not the nice boys in a dark surrounding, but their wickedness appears more subtly. It glimmers through the non-complex songs and is a child of both, the compositions and the production. Profound Evil Presence sounds slightly dull and rumbling yet vigorous at the same time. Maybe the band and the producer should have given some more room for the guitars. They shine in full bloom during the solos, but they have to struggle during the remaining song parts, in particular whenever the horde accelerates the pace.

The resonating vocals of Sodomic are constantly deep and diabolic. He avoids any kind of experiments, but a lack of variety is immanent to the sub-genre. What really counts are things like attitude, coherence of the songs and quality of the riffs. Power from Hell know these crucial factors very well. Especially in terms of attitude, the dudes cannot be blamed for any kind of defectiveness. Evil lives in all of their compositions and it is rather dubious that there exist less difficult tasks than distinguishing the single tracks of this album from each other. However, this means simultaneously that if you like one song, you will like them all.

As far as I can see, Sodomic has also changed his lyrical approach. Infantile rape fantasies do not occur anymore, and this takes a big load of my mind. Power from Hell's music never needed this idiocy. Of course, the lyrics still deal with "dark" topics such as vampirism, witches or devilish concubines and "to fornicate" seems to be Sodomic's most favourite verb. In this context, it is almost only logical that even good old Countess Bathory arises from her coffin once again. Cronos, my old friend, on a serious note: why did you exhume this old Hungarian hag on "Black Metal"? Now she will haunt us until our last days. However, the lyrics cannot be described as highly original - but Profound Evil Presence has other qualities. Its sinister aura expresses the spirit of a band that emphasizes its black metal elements without cutting off the link to thrash metal. Fans of "Bathory" or "The Return..." will appreciate this album, albeit Quorthon's early outputs have no obvious influence here. Finally, the uniformity of the compositions makes it difficult to speak of true highlights. However, some songs are slightly more effective than the rest and therefore one should lend an ear to "When Night Falls", "Into the Sabbath", "Demons of the Night" or especially the unholy "Lust... Sacrifice & Blood".