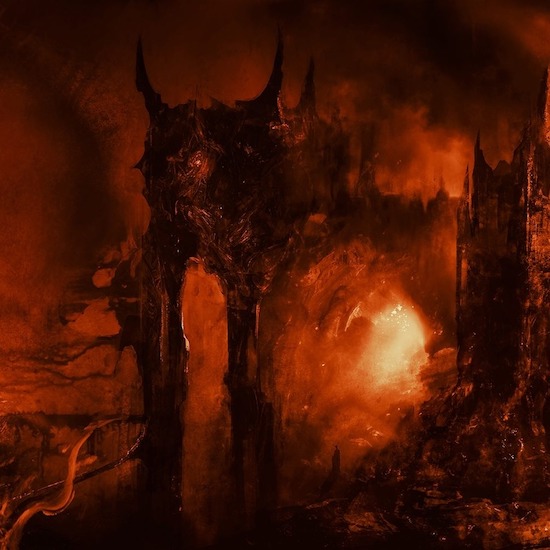 The biggest surprise in black metal right now is the all-women Dutch band Asagraum, and after an impressive debut where the band displayed their potential they’re back with Dawn of Infinite Fire and have proven to be a powerhouse in modern black metal.

The band’s style of black metal can be summed up to a combination of “TRVE KVLT” black metal with modern elements like a polished production and a focus on complex instrumentation. And on this new album the band displays that but with much more aggression and reverence to their Norwegian influences. Intensity is the name of the game and like all good black metal the speed and aggression are what makes this album. The band never loosens on the intensity for a second, and even when the songs go into dark melodic passages where the aggression shifts into melodious dirges it never stops being fast and punishing.

All of this is accomplished through the excellent musical chops of founder and main composer Obscura and drummer Amber de Buijzer. They display much more chemistry together than Obscura did with former drummer Trish Kolsvart. This is aided by the fact that both women worked on this album together as opposed to doing their parts separately and the difference shows. The music has a stronger sense of unity and precision, each and every song perfectly complements the other and keep in mind that this album’s predecessor was not a bad album at all, but at the same time, this new album is a marked improvement in almost every way and a step towards the right direction for Asagraum’s future.

There’s very little to complain about this album beyond the obvious fact that if you’re not into black metal then this album is not for you. As it is admittedly very indicative of the genre and even with the band’s much cleaner production it’s still not an album for the uninitiated but that is more a disclaimer than an actual flaw. Asagraum have fleshed out and perfected the sound of Potestas Magicum Diaboli and crafted an excellent album that every fan of black metal should hear, as this is one of the most promising bands right now.