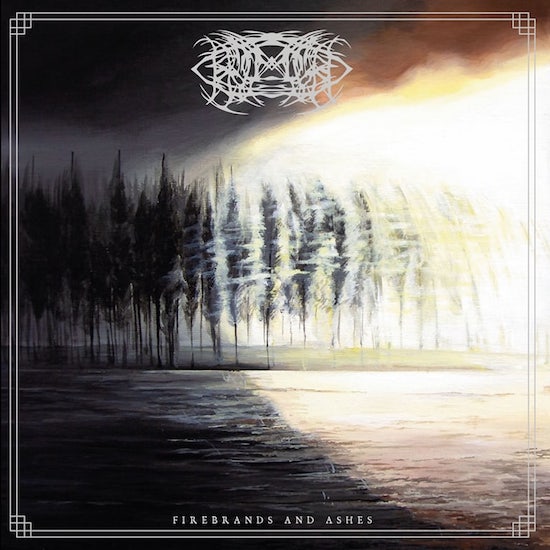 Dear all, do you really enjoy being part of a scene with more bands than fans? I don't. The record companies, distributors and everybody who thinks it could be more or less lucrative seem to give each and every musician the possibility to throw her or his stuff on the already groaning market. I don't see any other reason why a combo like Crom Dubh the chance has to confront us with its material. No, it is not the worst shit I have ever heard. They are not Sabaton! But this kind of mid-paced black metal, neither symphonic nor brutal, is only interesting for pharmacists in search of an effective sleep aid. While other formations, for example Murg, are able to generate highly intensive mid-tempo sections, the dudes from London are simply too hesitant.

Crom Dubh intend to create a dense atmosphere, but mainly they fail. The songs lack depth, the guitar leads are sluggish - just listen to "Ram in a Thicket" - and if one thing is definitely missing, then it is precisely atmosphere. Especially those parts that try to create a hypnotic effect miss the point. The band wants to "chronicle the horrors of a world teetering on the brink of self-immolation, and the bloody chain of events that brought us to this point", but it just wallows excessively in its own misery. Admittedly, they don't play suicidal black metal and to avoid this style is always a good idea. Yet I would be happy if I could identify just one or two really thrilling parts, but everything remains on the level of merciless mediocrity - or below. No doubt, I really wish I could write something else, but wherever I put the focus on, I am confronted with truly ill-defined details. The vocals? One-dimensional, expressionless and monotonous. The sound? The guitars dominate while the rhythm section is left in the mud, in particular during the somewhat faster parts. The melodies? Maybe the only element that does not completely fail, but unfortunately Crom Dubh are not immune against inadequate breaks. This does not only result in the fact that coherent song structures are hard to find. It also means that the breaks bring the acceptable melodies quickly to an abrupt end.

On the other hand, the songs themselves do not come to an end in due time. Their partly excessive configurations reveal mercilessly that there is not enough substance in order to keep the tracks exciting. Primordial seem to be role models for Crom Dubh, but this does not mean that they reach the same degree of quality. Without any highlight, the songs pass by. Bands from the United Kingdom and black metal - this has always been a pretty difficult relationship, at least as far as I can see. But be that as it may, those who like to listen to mostly lamenting, rarely combative songs where a few numbers of short, blast beats driven sections appear as a foreign body, should ignore this review. This album, ornamented with a good, stylish artwork, might suit their taste.