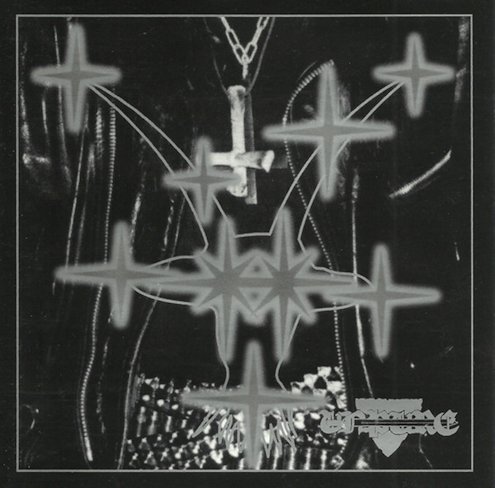 Buy on: Bandcamp
Type: Full-Length
Release Date: 1995
Label: Napalm Records
Genre: Black
1 To The Ancients
2 Ashes With The Wind
3 Otherside Of The Sea
4 Call Of Doom (Part I)
5 Across With War
6 Arrival Of Chaos
7 Journey Inside
8 A Forest Event
9 Lords Of War
10 Surrounded By Darkness
11 Outro

Unpure's debut was released in 1995 and swam with the black metal movement. So, time was on its side, but we all know the old story of leaders and followers, of trailblazers and imitators, of good and of mediocre songs. The guitar lines of the opener create one of the most miserable melodies in the history of Swedish black metal and gives us a first hint that there could be a significant mismatch between the playtime of 48 minutes and the creative potential. The very fast drums are played without rhyme or reason as well, while the average vocals deliver the usual screaming. Maybe the band should rather concentrate on slow-moving pieces?

The next track, "Ashes with the Wind", gives the answer. No, they should not. Apart from its quite excessive length which stands in contrast to the song's improvable substance, the song begins very lame and boring. It grows due to a pretty malicious guitar line that carries the number through the second half, but in comparison with other genre records from Sweden, the song definitely does not boast with artistic boundlessness. And things don't get significantly better. More or less cheap and ineffective melodies appear again and again on this album. There exist some melancholic, relatively convincing sequences as well, but it is a fact that Unpure never reach the quality of bands such as Marduk, Setherial, Thy Primordial or further compatriots. Hellhammer has obviously been a great influence for the debutants, but their morbidity remains unique. The sometimes very stoically marching compositions of this self-titled work lack atmosphere and intensity. Not to mention any kind of unique selling points. Finally, the dudes neglect the value of catchiness in a very questionable manner. Of course, black metal is no style for conformists, but a certain degree of recognition value is always helpful.

If one is waiting for the train, for dinner or for the end of this album, 48 minutes can be a very long time. So I have more than enough time to focus on the production, but, to be honest, there is nothing special to report. It avoids major deficiencies, it has a dark flair and that's it. Everything wallows in mediocrity and cynical minds might say that this sound matches the quality of the songs perfectly. Sad but true, the longer the album lasts, the more the riffs fail to impress. The fact that the unripe horde repeats its mediocre lines again and again does not make things better, too. The same goes for the absolute absence of surprising twists and turns. But the worst is that great parts of the album lack aggression. Few tracks such as "Journey Inside" with its provocative riff after roughly one minute are just the exceptions that confirm the norm. Too little, too late. Unpure's debut will remain largely ignored.