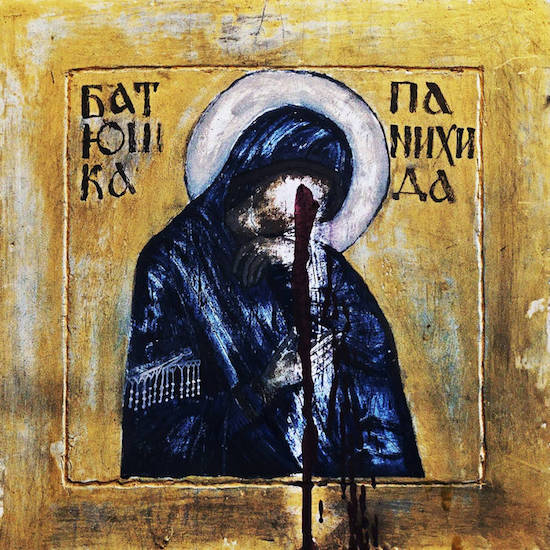 One of the most pleasant surprises on black metal back in 2015 was the debut album by then mysterious polish band Batushka and from there the band made a large splash on the Polish scene and across the world of extreme metal. Unfortunately, the success of Litourgiya and clout Batushka earned caused the now very public legal dispute between founder Krzysztof Drabikowski and former singer Bartłomiej Krysiuk and both parties are planning to continue using the name. But all that is beside the point now which is the album that Drabikowski released online out of nowhere to the surprise of everyone familiar with Batushka and frankly if there was any doubt of who was the mastermind behind what made Litourgiya so good is definitely Krzysztof Drabikowski aka “Христофор”.

Panikhida or Панихида is the name of the album which roughly translates to “Requiem” is indeed the follow up to Litourgiya many were waiting and wanting, musically the album picks up where Litourgiya left off. The unique blend of Polish black metal and Orthodox Gregorian chanting is back in full force but this time the music takes a much more layered and even melodic direction, the music is much more refined and focused than in Litourgiya while maintaining the atmosphere and ethos of that same album. Due to the legal dispute of over the Batushka name Drabikowski has had to compose the album entirely by himself, although there’s some sources that claim that for this album he brought on board his original pick for Batushka’s singer which to this day is unknown who he is. However that doesn’t detract from how this album has turned out. Drabikowski succeeds in expanding Batushka’s sound, biggest standout of how much of an upgrade this album is musically is the second song, simply titled "Песнь II", it’s the band’s longest track and has a unique structure, going from fast to mid-pace to an ambient dirge which those with a keen ear will identify as the intro melody from Batushka’s live concerts in 2016 and 2017.

Furthermore the album has a much more somber tone than Litourgiya. That album was very opulent and even operatic in places, but for Panikhida, the tone is much more melancholic and forlorn, which is very appropriate considering the title, since a “Requiem” is a mass dedicated for the dead, a memorial service and the music’s overall tone and atmosphere have this overwhelming and cold feel that perfectly encapsulates this particular theme of remembering the dead. All in all, this album is everything any Batushka fan could want and is a step forward for the band musically. It’s a cold and ruthless album while also being elegant and refined. Regardless of what happens with the whole “Drabikowski vs Krysiuk” dispute the music speaks for itself and many, including myself consider this album, the true Batushka sophomore record.