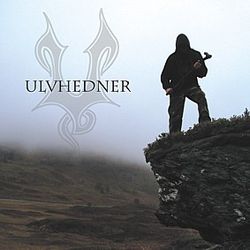 A split album is always a nice thing, but don't ask me why I bought this one. I had never heard a single note of both bands before and I had never read any interviews with them or anything else. I guess their Norwegian origin was reason enough for me to become active. Forgive me for being so superficial.

Due to the fact that the band from Stavanger never released any other work, Galdrer offer their entire repertoire here. Don't be fooled by five titles, because they include an intro and an outro. Both are, to express it politely, not among the most necessary tracks in the history of rock music. This applies as well to the regular songs of the formation, because thrilling moments are missing. I wish the somewhat sleepy dudes would put the pedal to the metal from time to time. Especially the dreary "Ferdatokt" does not convince due its powerless appearance. The guitar work of the following tracks conveys a meaner feeling, but I wish I could kick the musicians in the ass in order to vitalize them. Apart from this deviancy, Galdrer play their part in a proper way. The songs have an authentic touch and sound neither primitive nor over-complex. Finally, the audio quality has nothing in common with questionable doctrines of the underground. All in all, Galdrer are somewhere between disappointing and developable - 60%.

Hailing from a 5.000-inhabitants-village, Ulvhedner have been more productive than their split partner. They open Ferdasyn / Trolldomsanger with a handful of mid-harsh, sometimes almost folkloric songs. Their most outstanding feature are the fine melodies. They avoid any form of schmaltz, but they give the tracks a pretty harmonic touch. "Sanitorium" must be mentioned in this context in view of its excellent, airy melody line. Even the opener, which has some fast, straight and vehement parts, does not neglect the melodic side of the formation. Maybe bands like Svartahrid or very early Gehenna have been an influence for the mid-paced compositions of Ulvhedner. Be that as it may, the level of harshness is comparable. The scratchy vocals constitute an important factor for the Scandinavian horde to show its harsher facet, although every now and then heroic vocals show up. Everything is put into the right light by a solid production that gives the tracks a stable outfit. Okay, the fourth track is slightly weaker than the first trio and the ambient closer of Ulvhedner's contribution is acceptable at best, but from my point of view, 72% is the appropriate rating.

In a nutshell, if you have an affinity for unknown combos, pretty crude split albums and Nordic sounds, this one is for you. Both formations don't lack integrity and therefore you don't make a mistake when buying this output. Nevertheless, let me be honest enough to say that it is anything but a must-have-album.