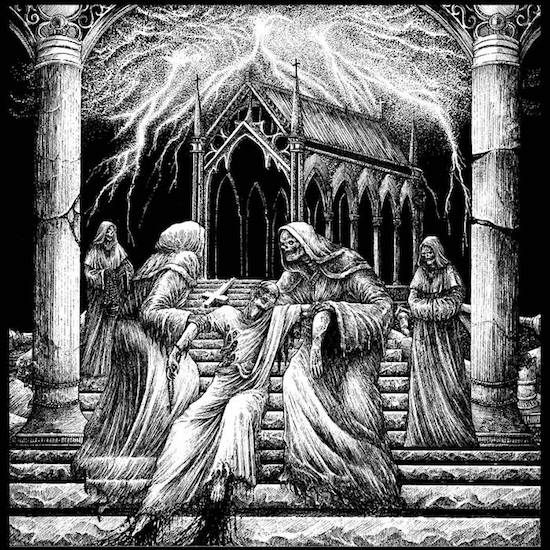 Thrash metal is one of the metal genres that appeal the least to me. Though I can acknowledge some good releases of old and new, I was never committed or at the very least attracted to the genre; because (for me) there always appeared to be a consistent lacking variation when examining the straight-forward method it utilizes. However, after my time spent with Abhorrent Oblation by New Jersey’s Crush the Altar, I can say with certainty that they are amongst some of the best modern bands (only a handful) I’ve heard in a very long time. Crush the Altar adheres to a form of thrash metal that does not stagnate; meaning, on Abhorrent Oblation the band resists sticking to the boring drum set staple; rather, utilizing a mildly unconventional approach. By coalescing death metal, black metal (vocals) plus an evident degree of groove. With this debut demo, Crush the Altar has delivered a piece of material that I can see being expanded and built on as time progresses due to the many opportunities presented for a greater deal of depth.

Released through Redefining Darkness Records, Abhorrent Oblation is a record that calls for more coverage (not mainstream) than is currently given. I cannot resist this material, it’s as though Crush the Altar took some of the best elements of notorious thrash metal bands and merged them using fluid transitions, a blackened touch and a fairly clean production that does not hinder, rather it helps. “See Mortality”, “Demonizing the Ancient Lore” and Dicastery Ruin” are all well written songs with “Demonizing the Ancient Lore” being the best; all have the traditional thrashing sound, however accompanying that, are groovy mid-tempo hooks, short solos and a set of vocals that have a merged blackened death metal sound. Despite being well amalgamated, I think Crush the Altar could have used some of the room particularly in the slower sections to add more guitar solos and even more of those eerie leads heard on “Demonizing the Ancient Lore”. Plus, with the production being of an above decent level, it surely does show support for the guitars on Abhorrent Oblation.

We have to wait and see what else emerges  from the thrash pit of Crush the Altar; as for now this oblation should suffice.