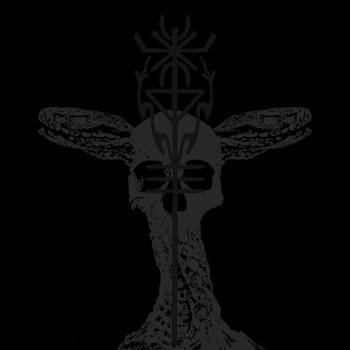 Arckanum is one of the most interesting underground acts of Swedish black metal, the solo project masterminded by Shamaatae ended in 2018 and this album was his swan song.

Those who are in the know of Arckanum know that their sound is a weird blend of the Swedish style black metal switching from raw to melodic and with a stronger influence of death metal than its Norwegian counterpart, as well as bringing pagan folk, dark ambient and even doom metal to create a unique sound. For over 2 decades Shamaatae refined and experimented with this signature sound, Den Förstfödde is definitely no exception to this but what’s interesting here is how the album is a very wild departure from previous efforts, the album opens with the massive and contemplative title track and this is where it has the biggest standout and the main flaw.

I’ll start with the flaw. It’s not a problem with the music itself but rather how Shamaatae build the music around this album’s concept and themes; you see the entire album is an ode to Jormungandr, the world serpent and the music reflects this by being much slower and menacing that the usual aggressive and to the jugular sound of Arckanum. The final track (which is the second longest track) is the perfect encapsulation of the album, it starts fast and then maintains the strong atmosphere and ends with a dark cacophony of wind and water sounds punctuated by Shamaatae’s ritualistic chants to the aforementioned world serpent, however and in general the whole album is more atmospheric and foreboding than fast. In an interview Shamaatae describes the sound of the album as a giant snake crawling through the earth and leaving destruction in its wake similar to how Fenris Kindir was a much more thrash driven album since it was supposed to invoke the feeling of a rabid wolf (the mythological wolf Fenrir). The album gets doomy in places, the drums aren’t as prominent as they usually are and the guitars are much more down tuned and have extremely thick riffs with heavy distortion and in many ways this album is reminiscent of the slower tracks of Burzum, where the distortion and ambiance plays a huge role in creating the album’s atmosphere. The fastest tracks which are also the best "Likt Utgårds himmel" and "Låt Fjalarr gala" while being fast and aggressive they still make use of that foreboding atmosphere I mentioned, they sound more like a thrash and doom metal hybrid a la High on Fire if they played raw black metal.

As such the album is completely beholden to its concept and this makes Den Förstfödde one of those albums you have to sit with and closely listen, this isn’t at all an album that you can put on the background, it demands your attention at every turn, this makes it into an ambitious and very unique but it also makes it a hard listen, it’s like watching an art house movie. For hardcore fans of Arckanum this is a must listen, for sure. The elements that Arckanum has been acclaimed for are still here, the blending of black metal with Norse folk elements courtesy of Shamaatae’s own wife no less, Set Teitan of Watain and Dissection fame is back doing the solo work, (the first time he has worked with Arckanum since 2009 and he delivers in all the ways you expect) and Shamaatae does bring his A game in combining all these elements to create a massive and punishing dirge of pure darkness. It’s a weird place for Arckanum to end and part of me wishes Shamaatae did a more straightforward album but at the same time I understand the need for him to end the musical project and focus on his books and spiritual endeavors. I do recommend it but know that this is an album you really have to immerse yourself into and let it wash over you.