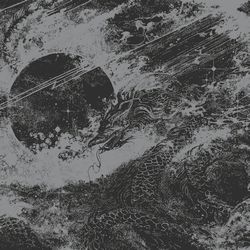 Buy on: Bandcamp
Type: Full-Length
Release Date: September 30th, 2016
Label: Avantgarde Music
Genre: Ambient, Black
1 From The Black Sun's Fire
2 Phantom Horizons Beyond
3 Return To Gates Of Dawn
4 Through The Rite Of The Stars
5 Transfixion Of The Spheres
6 Psychic Abduction
MetalBite on YouTube

Everybody with a weakness for black metal knows that Immortal have released a comeback album two weeks ago and already the first advance track sounded very well. Icy leads say hello to a drummer gone insane. Battle Dagorath use a similar formula at times, but their tracks are much longer, and they are also inspired by combos like Limbonic Art. The sheer opulence of their material is breathtaking. By the way, the duo disproves my prejudice that North Americans cannot play black metal, even though one of them originates from good old Germany.

I have mentioned the excessiveness of their compositions which is sometimes a little bit too much of a good thing. For example, the ending of the second track lacks compactness and hurts the flow of the album. Unfortunately, this is no isolated case. But generally speaking, I enjoy the approach of Battle Dagorath. They catapult me back to the early days of Norwegian black metal without making compromises in terms of professionalism. On the one hand, this means that their songs have no innovative components, but on the other hand, it becomes obvious that they rely on very good ideas. Despite their lengths and the fact that breaks remain a rare asset, the songs have enough substance to keep up the tension and their more or less monolithic form is impressive. Whenever the band puts the focus on high velocity, mountains of ice or endless dark dimensions appear in front of the inner eye. Battle Dagorath, that much is for sure, are aware of the effectiveness of their carefully designed songs and this is probably not the most spontaneous work of the last decade, but this does not matter. In most cases, epic numbers with a length of more than ten minutes are not quickly spawned in the recording studio.

By the way, what about the recording itself? I - Dark Dragons of the Cosmos does not put the focus on transparency. The fast parts sound a little bit blurred, but I got used to it in a short time. Furthermore, I guess the drummer was rather a machine than a human being, however, this doesn't matter at all. The vocals also do not sound very human, but this is another story. The nagging and screaming voice lend the songs a cruel touch, even though all tracks have a soft break. "Return to Gates of Dawn", for instance, surprises with some melodic guitar lines that add a sentimental vibration. Well, the tracks are simply too long to avoid any form of breaks, but, as mentioned before, these breaks occur rather infrequently. However, they reveal a further influence of the duo. The keyboard dominated intermezzo in "Through the Rite of the Stars" seems to be inspired by the soft pieces of the criminal idiot who killed Euronymous, nevertheless, the song leaves a trail of devastation.

Battle Dagorath have not released a pioneer work. They are no trailblazers and they should have dismissed some of their pretty faceless intros and outros in order to create a more intensive overall impression of the album. But they have a knack for wintery harmonies and they do not lack fierce determination. All in all, a good record, but not on a par with the classics of the cold and black genre.