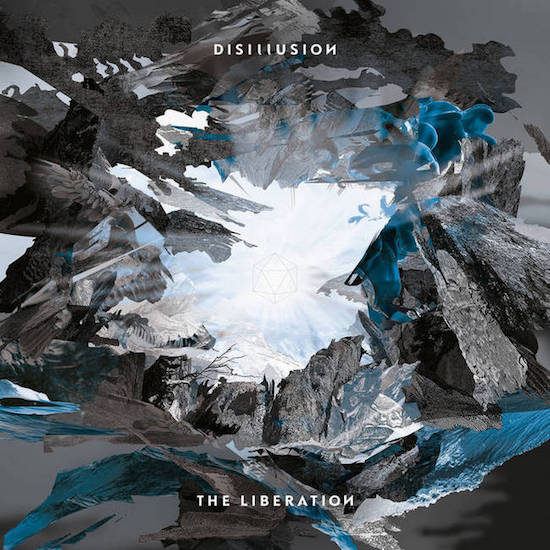 The long-awaited Disillusion album The Liberation didn’t disappoint old fans at all, the band released strong and exceptional material once again. They prepared for it substantially, and the result is complete and mature in every aspect. The mastermind of Disillusion Andy Schmidt even isolated himself in a cabin somewhere in Czech woods to concentrate only on writing. And this brave act was excellently rewarded, because the band’s fan-base accepted it with warm hearts and open minds.

Actually, there wasn’t drastic change of style, but still it’s difficult to declare, that The Liberation is smooth continuation of their previous two albums. Rather it is mix of their earlier music with some new path with no dead ends. There are never closed roads in their music, and with every new album they prove that even the main road can branch off to new directions.

The album is long and well composed, even the order of songs is perfect. Progressive elements are the key point on this record, and melodic parts completely overwhelm you. There’s no need to contemplate about heaviness or stylistic limits. Some songs are classic melodic death examples (like 'Time To Let Go' or 'The Great Unknown'), but their progressive solo moments are based more on heavy metal principle. The songs are melancholic, but with a ray of hope, so the mood is never dark after the listening. Acoustic elements soften the metal foundation, and the use of classical instruments (like cello or trumpet) infuses the whole album with rich and diverse sound. The clarity of sound and the audibility of every instrument is a pure joy for whom the clean sound is important on metal records.

The vocal lines aren’t too prominent, but the emotional singing of Andy is far more significant than classical singing training. Andy sings more in extreme technics, but the clean vocals are beautiful and relaxed, giving some space to enlighten the album, so there’s a good balance between extreme and clean vocals. The choruses are especially catchy, like in classical melodic death metal genre, especially on songs 'A Shimmer In The Darkness' and 'Time To Let Go', but progressiveness and sophisticated technicality can’t give you a momentous feeling to sing along, you need some time for remembering the songs. The album is based on winter and mountain lyrical themes, and in the last song 'The Mountain' it’s emphasized with sound effects (like cold wind) and change of mood (from static classical music passages to aggressive and emotional screams). And this coldness is not about your physical experience, it’s more about suffering and mental struggle.

Disillusion are one of the main members of progressive melodic death metal scene. They have unique and skillful talent of songwriting and originality, as well as attractive and memorable tunes and with such a warm and welcome comeback, I hope we won't need to wait another 13 years for their next release? Hell, let’s pray, not!

It’s been a while since Disillusion released an album, so I had pretty high expectations when listening to this new recording.  My lofty expectations were pretty much met with the recording even though I think it could be improved upon.  The band serves up similar melodic death metal bliss to their first and best recording Back to Times of Splendour more than the strange direction that Gloria took.  The result is a very vibrant and beautiful sounding work that uses dynamics like an old Opeth recording and to the best extent possible.  There are moments of crushing bliss, but also more subdued elements that make for a varied recording.

The music is very melodic, but has a very traditional aspect that makes it sound more like the debut than the second album.  It is also different than a lot of albums from the melodic death metal genre because of a distinctive sound that only this band contains.  It is slightly more progressive in nature than many bands from the genre and has more intricate and deep song structures.  The vocalist still sounds somewhat nasal, but this suits the nature of the music quite well.  All in all, the various elements come together to create a nice sounding recording that fits nicely into the band’s discography.  The problem with the album comes out when compared directly to the band’s first album.  This style has thus been done before and better by the same band.  Thus the impact of the album is greatly lessened when taken in the same context as their debut.

It’s still a great album with a lot of interesting and challenging elements in it, but it doesn’t overtake the best the band is capable of producing.  I really appreciate the return to the original sound of the band and not going out on any weird tangents this time around.  The Liberation is an album melodic death metal fans will undeniably eat up.