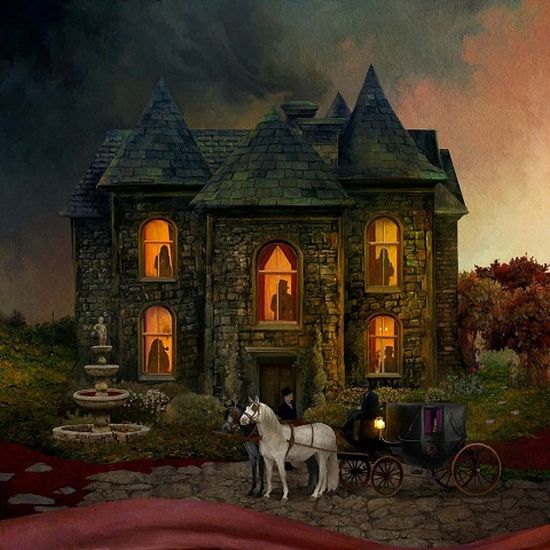 The first Opeth album in native language came as a surprise, their frontman Mikael Åkerfeldt wrote it without announcement. But not everyone was pleased, though one thing is clear with Opeth, they are never afraid to experiment and to search for something new and untested. And like Mikael says – Opeth don’t care about fashion and mainstream, free creative spirit is the main force in their music.

In Cauda Venenum is not typical progressive album, it’s full of different styles, and there are even middle eastern and folk motives. But Opeth never follow “back to extreme roots” tactic, so no growls again (yes, a lot of fans still patiently wait for return of extreme vocals). But the album is heavy with a bit of darkness, not too mournful like their “metal era” releases, but every song is complete and harmonic. Even for Opeth there are some experimental surprises in music (for instance heavy 'The Garroter' or folk-inspired 'Dignity'). Heaviness of sound is due to well-coordinated guitar work, guitar riffs are dense and strong, and most of material is based on these riffs. There are plenty of keyboards, and keyboards shape this typical atmosphere of progressive and art rock of 1970s, but despite it, the classical guitar work is closer to metal genre than to rock of past times. There are long classical solos throughout the album, and these solos Opeth’s guitarist Fredrik Åkesson plays with masterful technicality. Beautiful acoustic passages create moody and melancholic aura, but there’s no big contrast between acoustic and technical jazzy moments opposed to traditional heavy material.

The arrangements are almost orchestral, it’s not symphonic progressive metal, but at some moments is definitely close. There are two versions of the album – with Swedish and English languages. Swedish sounds more intimate (at first Mikael wrote the lyrics in native language), but if the listener can’t comprehend this language, better to dive into English version of the album to grasp the musical concept, and contemporary lyrics about 21st century actual problems as well. There’s no common theme to connect the songs, every lyric has its own story. Songs are relatively long, but not for progressive rock genre, so there’s no reason for boredom or for stopping the record in the middle.

The music is typical for Opeth, but in the same time so fresh and experimental. In Cauda Venenum is brave continuation of previous Opeth’s records, because with every new record Opeth adds something unique and new. And the album was released on the band’s own music label Moderbolaget again, so the musicians can truly express themselves and not to adjust to big label’s demands. So, long live the creative spirit of true and pure music.