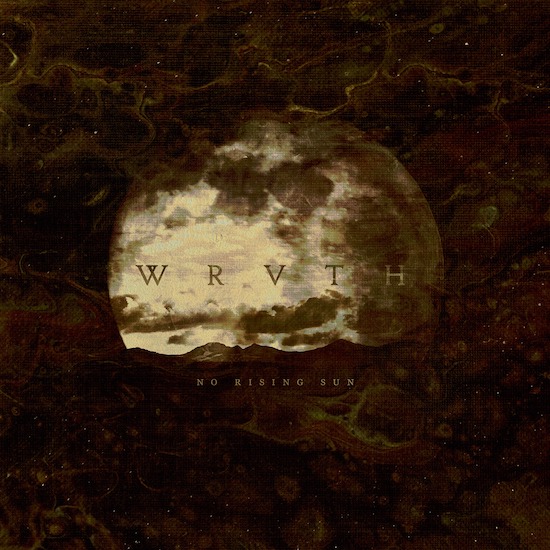 Quite recently I've developed a taste for some bands that skillfully mix calm, peaceful music with some more extreme elements. That's how I discovered Numenorean, Rivers of Nihil and been listening to In Mourning or October Tide for a while. Wrvth seems to be in a similar category with some elements that are typical only to this particular band.

So, to describe their style it's good to browse few bands I mentioned above to get the idea of those more peaceful passages. It's similar in riffs but also in sound that guitars have during them. The livelier riffs remind me mostly of VI because of chords used as well as that kind of dirty sound, unpolished. Also, the vocalist sounds almost always as if he was behind some wall or as if he was screaming in some large room. And that's definitely unique to Wrvth - vocalist is always screaming. And he's screaming his lungs out. No matter how peaceful and calm the music might be, he's giving all he's got. The drumwork is perfectly adjusted to all of these changes in atmosphere, the rhythms are inventive and definitely not boring. The dirty sound makes it on one hand a cacophony of sounds, but on the other it's not that big challenge to hear each instrument. So, in my opinion, the production is carried out by someone really skilled.

The material is fairly balanced between aggressive, fast-paced, quite often tremolo-picking riffs and calm, peaceful, rock elements. Compared to previous album the calm passages are more frequent. Most often if you think that the track will be whole just peaceful, easy-listening song, you will be surprised. Sooner or later blast-beats wake you up and the eerie screams of the vocalist make sure you remain in quite uneasy mood and stay alert.

The only downside of this album to me is that all song constructions are a bit repetitive to me. As soon as you discover the "key" used for composing songs for No Rising Sun, you start listening to the song and just wait for another sudden switch in tempo. It definitely has that kind of mantric repetition of certain melody lines, almost putting you in a trance, frequently interrupted by some fast riffing. The album also has quite a few disharmonies that are quite interesting and are breaking that feeling of monotony. The tracks are quite long and the whole album listened in one go is the option to go for in my opinion.

Album definitely for fans of incorporating psychedelic and progressive elements in the music, but with only extreme vocals. Well, there are some female clean vocals, but most of the time it's just Thomas and his lungs. Good position this year, worth checking out, helps you expand your musical horizons. Although I still prefer their self-titled album from 2015, reason being that I still prefer the balance of the music to tip mostly towards those extreme elements.