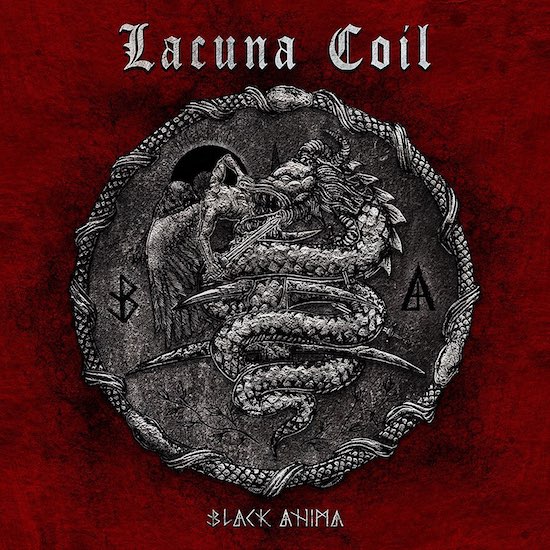 Lacuna Coil get dark on their new album Black Anima.  There are some similarities to previous works in this regard, but the band gets even more dark on this album and it helps them achieve their goal of bringing very atmospheric music to the forefront.  The songs are fairly simple and alternate between female and male vocals. The vocals of Cristina Scabbia in particular are very strong and give the songs an alternative edge that makes them more compelling.

Sure this album is somewhat on the light side for a metal album at times, but there is no doubt that the roughness is there to qualify it as a heavy metal work.  The songs have some electronic elements that make them more interesting, but they stick to a pretty standard style that is catchy and accessible.  Comparing them to other female acts is favorable because this is slightly better than the new Within Temptation.  The music has more character and style than Resist and is more atmospheric.  There are certainly some heavier moments on the disc too, which make it more metal and more imapactful.  At all times, the song-writing is quite effective and interesting making every note of the album very useful.  This isn’t the best female-fronted release I’ve ever heard, but does a good job filling in the space for such a release this year.  Despite it having an atmospheric and unique aspect, there is the feeling that the music is overly accessible and this brings it down a notch.

Still, this is really effective music featuring a female singer and should be heard by all.  It simply has the moody nature that is necessary for the genre and brings out the best in the band.  I look forward to more releases from the band and hope they become even more progressive than they are here.  This is still a recommended release.