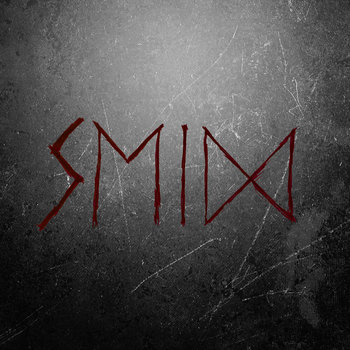 I did not know anything about this band so far, but I admit that the opener of The Woods makes me curious and whets my appetite. Profound black metal, not overly brutal, but also free from gothic, romantic or "suicidal" elements, delivers the right degree of darkness. The guitar lines do not lack of variety without hurting the coherent impression of the song. More or less clean, heroic vocals are a brief intermezzo. Usually, the lead vocals of Seid, the only member of his eponymous band, choose a hoarse and slightly demonic approach. No doubt, 'Valknut' constitutes a strong start while combining aggression and desperation.

Of course, one can discuss whether the world needs another black metal lone wolf from Sweden. But as long as he delivers a coherent album, I see no reason to stop his creativity. (You do not need to praise me for my generosity.) Well, The Woods has its ups and downs. The third track illustrates this sustainably. The thin guitars and the soulless, clinical drums at the beginning are entirely dreadful, but the atmospheric part at 1:40 shows the talent of the artist. Speaking of atmosphere, Seid knows how to generate a sinister and fairly oppressive mood. Right from the beginning, the slow-moving title track casts its spell over the listener. The monotonous yet effective vocals ("ooooh") and the almost stolid - but simultaneously ingenious - lead guitar create an abyssal aura of blackness. Give me more songs like this one with its authentic, somehow Scandinavian approach. Yet it is a fine line between an appropriate portion and an overdose of pagan elements. From my black / thrash dominated taste, Seid should reduce the almost folkloric fragments, but true pagan fans with long beards and strange costumes will probably disagree.

One thing is for sure, Seid has not yet found the ideal approach in order to optimize his musical offering. The songs do not suffer from an overdose of breaks. Nevertheless, the different parts do not always fit together. For example, 'Tubal Cain' is a combination of seamlessly flowing sections and sinister yet brittle sequences. The result cannot be dismissed as uninteresting, but I am not able to get rid of the feeling that it could have been much better. Seid is a victim of his own ambitions. The striving for variety always deserves respect, but a clear structure also has its advantages. Among other things, Seid delivers rarely occurring clean vocals, woeful choirs, melancholic leads and an inherent spirituality in order to avoid ordinariness. Thus. the album is almost overloaded with well known stylistic elements, but two or three simple demonic speedsters would have been nice, too.

For sure, you know the famous words of Neil Armstrong: "That's one small step for man, one giant leap for mankind." Here we have the opposite case. Seid's debut is a giant leap for him, because it is a suitably produced album that reveals the more than solid degree of his musicianship. However, with regard to the market situation and the big number of similar outputs, The Woods is more or less irrelevant for the evolution of the genre and, of course, it is absolutely meaningless for the history of mankind. But the latter also applies to "Ride The Lightning", "The Number Of The Beast" and first and foremost to my reviews. So let's return from the moon to The Woods, because the mid-harsh black / pagan metal of Seid deserves a chance.